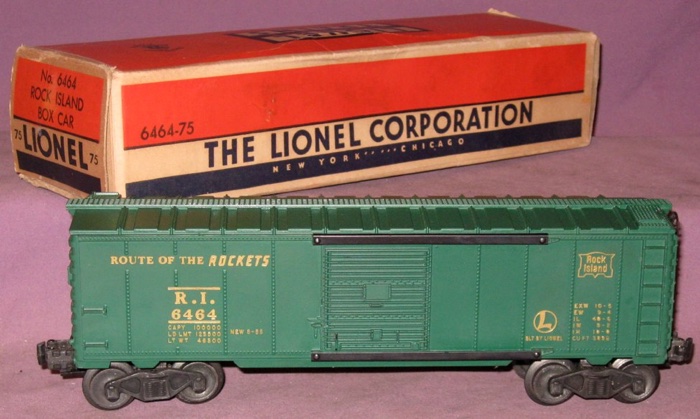 The 6464-75 was included in several sets as well as being available for separate sale. It's exterior lettering and graphics are the exact same as the 6464-175 rock Island -- the only difference being the colors. The 6464-75's plain green exterior with stark gold lettering makes this an attractive car. Although the -75 is a common car, clean examples with nice gold lettering are hard to locate as the gold tends to deteriorate with age. 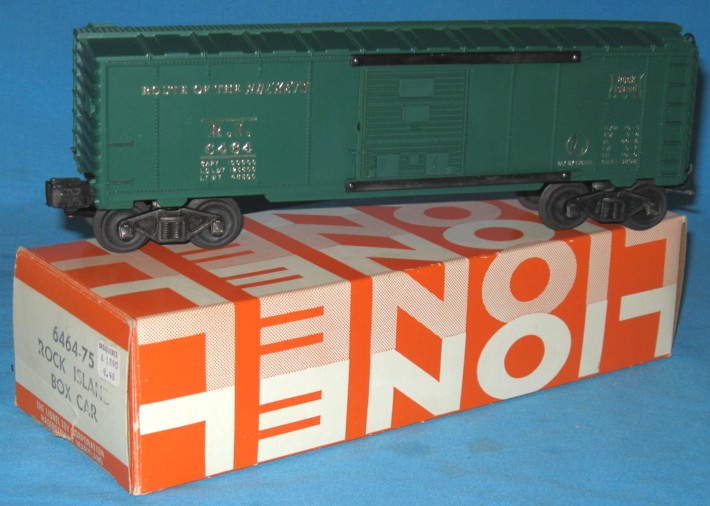