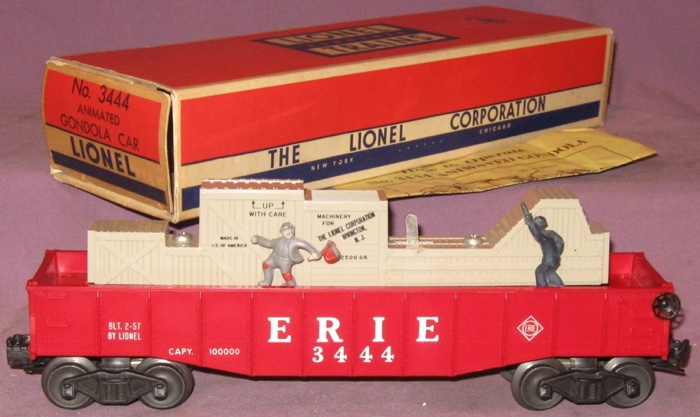 History
The 3444 Erie Animated gondola was a new type of animated freight car produced by Lionel in 1957. It's clever animation of a patrolman chasing a hobo around the gondola was unlike anything previously offered by Lionel.

The Erie Animated gondola is a tempermental item and usually needs frequent care for proper operation. It's a somewhat common item, but locating one in nice condition -- which is fully functional -- might require a bit of effort.

There is an on/off switch located on the top of the tan crates which operates the patrolman and hobo.

Only Known Variation - Shown in the photo above - All 3444s were unpainted red with an patrolman pursuing a hobo endlessly around the gondola.