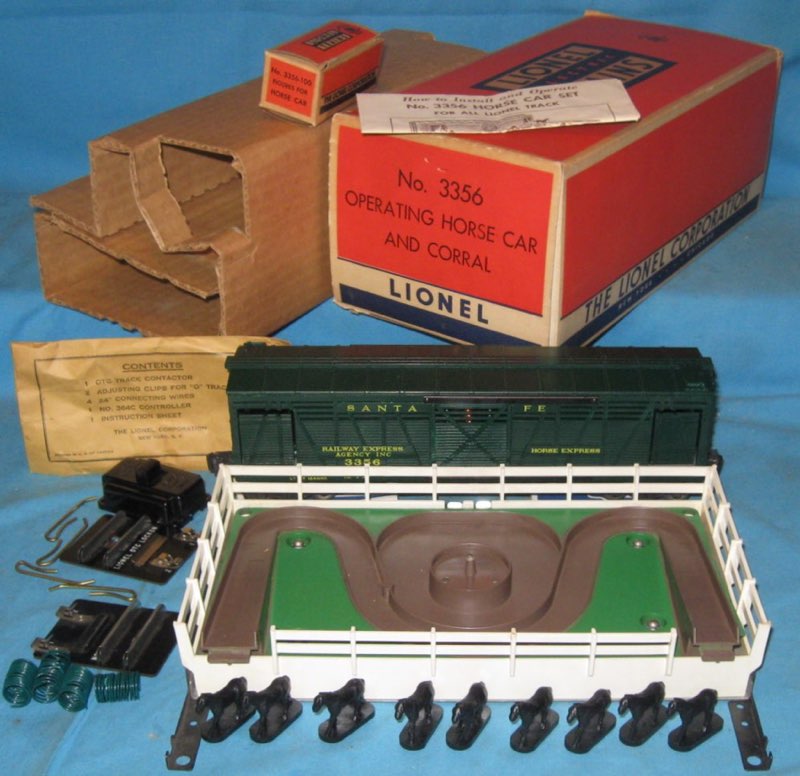 History
For 1956, Lionel continued to improve upon its existing product line with the introduction of the Horse and Corral set. Although the 3356 Horse and Corral set replaced the popular 3656 Cattle Car set, the result was a more realistic and scale-like freight car and an improved trackside accessory.

The 3356 Horse Car and Corral Set consisted of two main components -- a 3356 horse car and 3356 corral. Although the 3356 never acheived the popularity and success of the 3656 cattle car, it is a nice, realistic and dependable accessory. Locating a complete set with box, insert, instructions and all other necessary hardware is difficult.

Features
Standard features of the 3356 Horse Car and Corral Set include:

Additional Detail, Photos & Box Information
The only variation to this set is the trucks on the horse car.