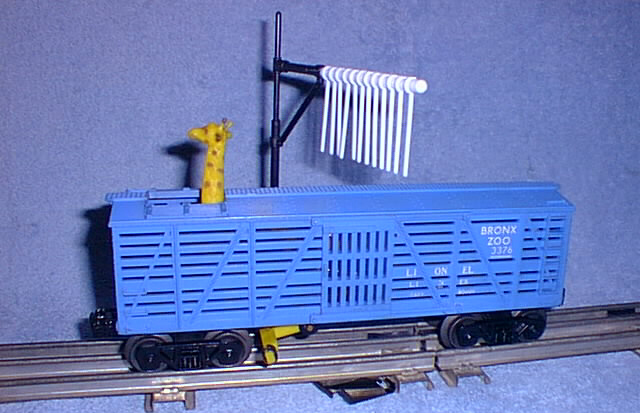 History
The 3376 Giraffe car is essentially a stock car which Lionel modified to accomodate a bobbing giraffe head. This fantasy-notion car made use of a new concept introduced in 1960 where a giraffe's head disappears inside the car after passing under a telltale.

Listed below are the changes in year order:

Blue Body & White Lettering - Shown in the photo above - The common version.
Green Body & Yellow Lettering - This is a hard version to locate. 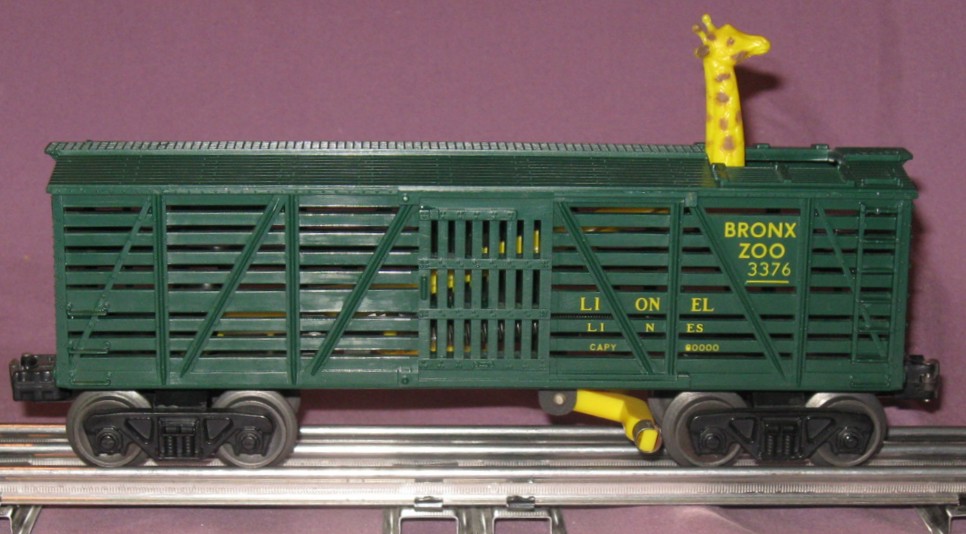 Blue Body & Yellow Lettering - The hardest version to locate and a rare item.