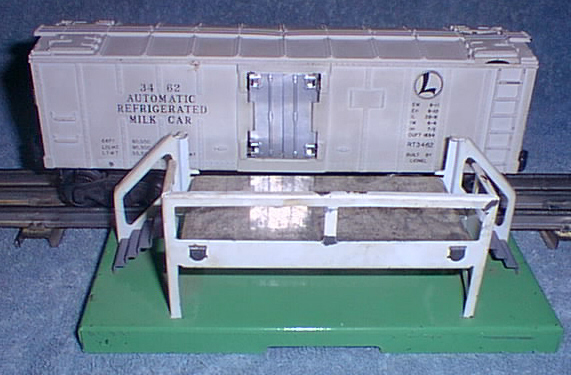 History
With the introduction of the 3462 in 1947, Lionel began producing their most popular trackside accessory during the entire postwar era -- the Automatic Refrigerated Milk Car. Originally introduced as the 3462 -- and later updated to the 3472 and 3482 -- this popular accessory sold more than 10 million items between 1947 and 1955 (the final year for the 3482).

Only Known Variation - Shown in the photo above - All milk cars are white or cream body with black lettering.