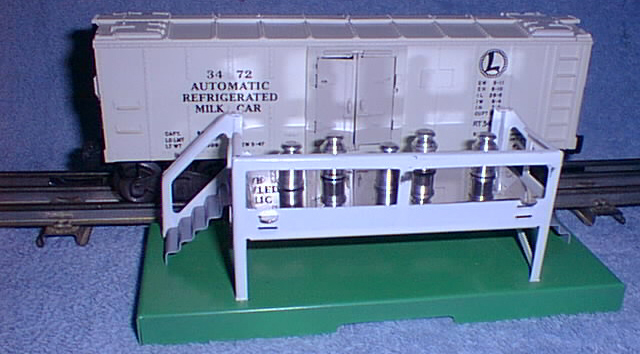 History
Unquestionably, the 3472 was Lionel most popular accessory. During its four-year run, it is estimated more than 8 million milk cars sets were sold!

Cream Shell & Aluminum Doors - Shell is painted an off-white, almost cream color and includes aluminum doors. Estimated to have been produced only in the early part of 1949 and is the hardest version to locate.
White Shell & Aluminum Doors - Shell is now an unpainted white with aluminum doors. Production started in early 1949 and continued throughout the year. This is hard to locate in collector quality.
White Shell & Plastic Doors - Shown in the photo above - The most common version.