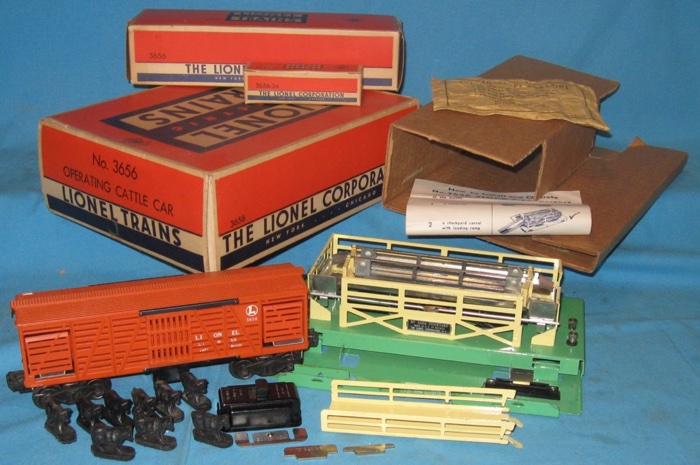 History
Except for the operating milk cars, the 3656 Operating Stockyard Set was Lionel's most popular operating freight car. Production lasted for seven years and millions of the stockyard sets were produced.

The 3656 Stockyard Set consisted of two main components -- a 3656 stockyard and a 3656 stock car. To this day the stockyard set remains a popular accessory. Trying to obtain perfect operation of both the car and accessory will require a fair amount of patience as both are temperamental items.

Features
Standard features of the 3565 Stockyard Set include:

Additional Detail, Photos & Box Information
Based upon the number of production and variation changes experienced by both the stockyard and car, it is difficult to list all possible combinations. The chart below is a sampling of some of the offerings. 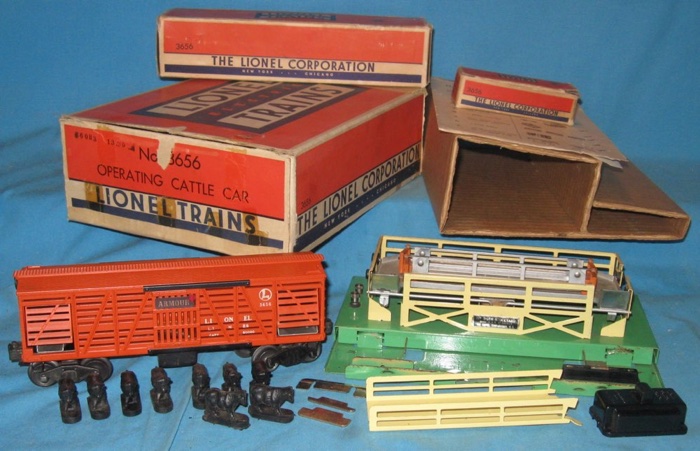 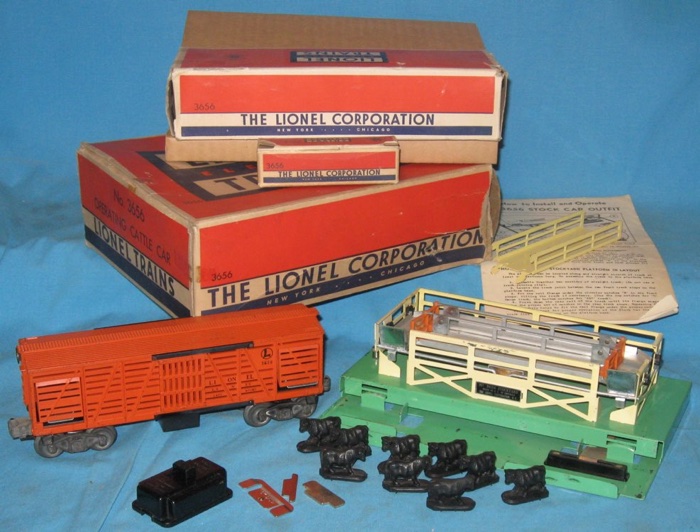