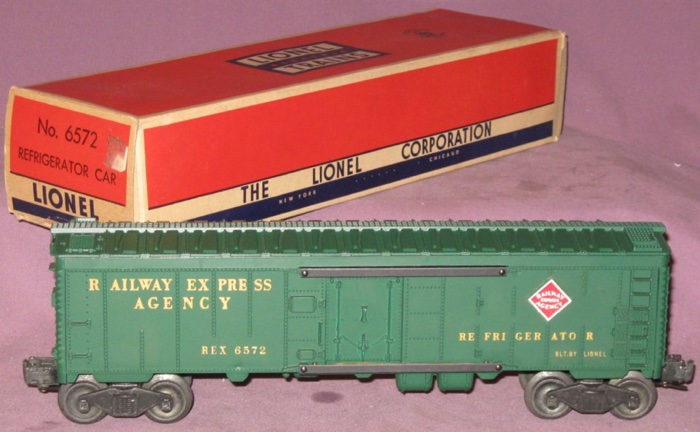 History
The 6572 Railway Express Agency (REA) Refrigerator Car was a continuation of the 6672 Santa Fe Refrigerator Car, but with an updated roadname and exterior graphics. It is a near-scale model (1:48 scale) of its real-life counterpart and continued to support Lionel's effort to produce accurate and prototypical trains from that era.

Bar-end Trucks - Shown in the photo above - Much harder to locate than the later version.
AAR Trucks - Althought the AAR truck version was uncatalogued, it is far easier to locate compared to the earlier version. 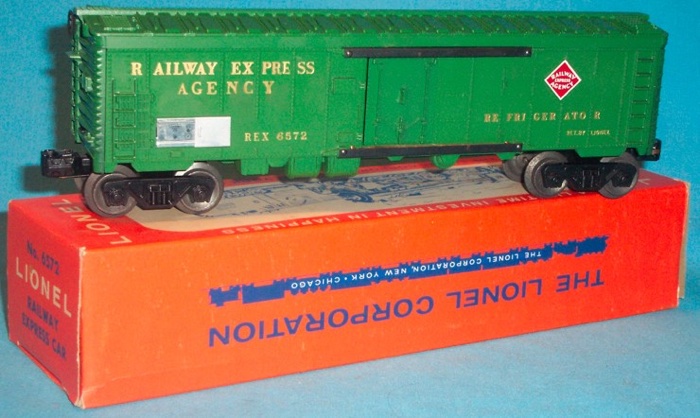