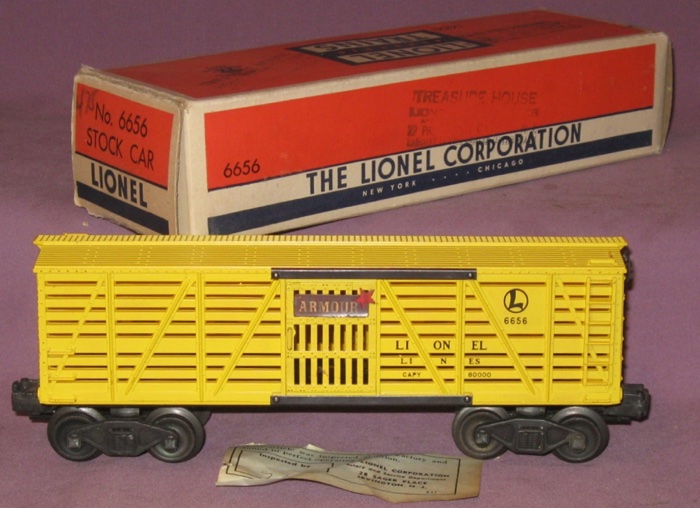 History
The 6656 Stock car was introduced in 1950 using materials readily available within Lionel which resulted in a less expensive, non-operating version of the infamous 3656 operating stock car. It's a nice looking freight car and is a good representation of the real stock cars of the 1950's.

The 6656 incurred the following changes:

Additional Detail, Photos & Box Information
The 6656 box car was manufactured for four years. During that time the most notable change was the exterior color. Both light yellow and dark yellow bodies are available. The light yellow is believed to be the earliest production while dark yellow are later production. In either case the yellow paint has a tendency to easily chip. Collector quality cars with nice paint and few chips are getting increasingly more difficult to locate.

There is an early version with an 'ARMOUR' sticker on the doors. This is a rare variation. 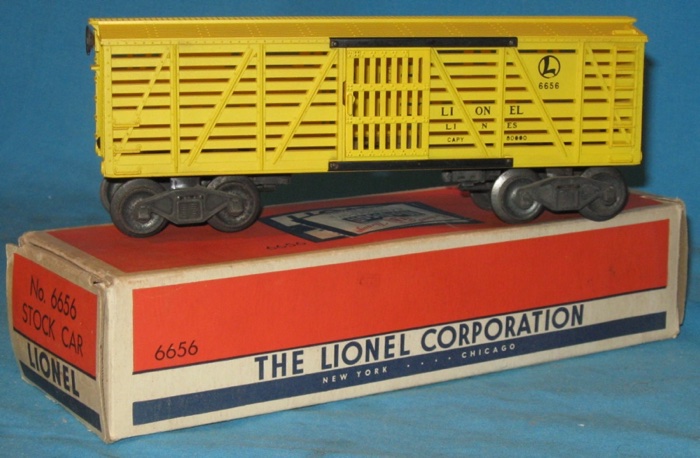