History
The 2460 Bucyrus Erie operating crane car was the first newly designed crane car of the postwar era. Lionel's version is an accurate representation of a crane car that can be found on the real railroads. The 2460 was included in several work train sets as well as being available for separate sale. Because of its realism, quality and high play value, it remains in demand by collectors and operators.

The hook on the 2460 was always an offset hook. The words 'Lionel Lines' appeared on a single arched line. The 2460 cab never contained a smokestack and the die-cast hand cracks were always the open crank version. A common problem of these crane cars resulted from the method of attaching the cab to the rotating frame: the screws are frequently missing with the plastic screw receptacles shattered.

Gray Cab - Produced for a portion of the 1946 production run. The gray cab variation is extremely difficult to locate. 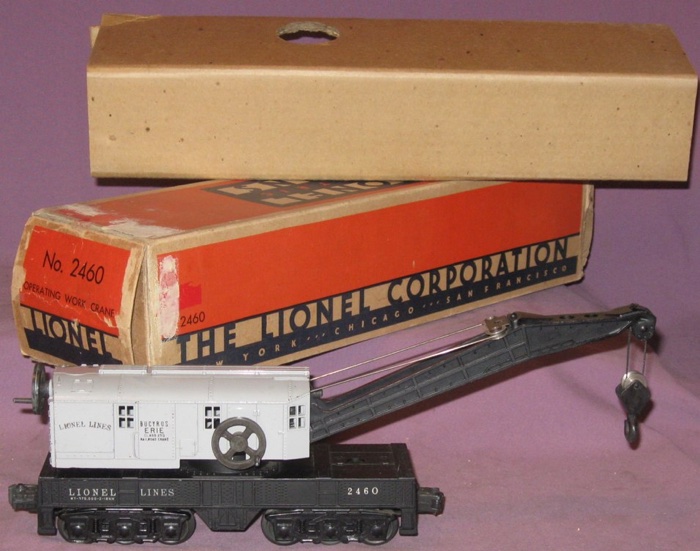 Black Cab - Shown at the top of this page - Produced in the later part of 1946 and continued through 1950. This is the more common version of this freight car.