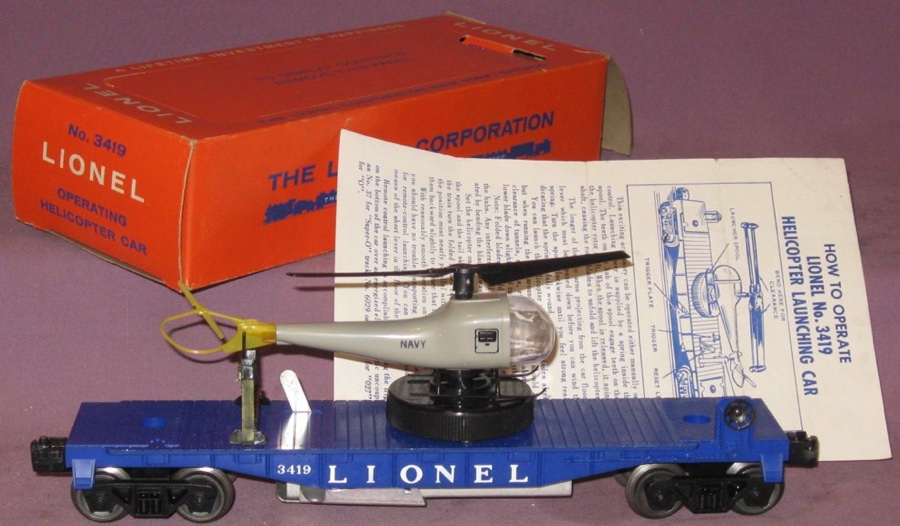 History
The 3419 Flatcar with Launching Helicopter was produced for seven years. The flatcar is extremely common, however there are some unique or unusual variations to this car. A single web page could not even begin to describe every variation. For simplicity, the common variations will be documented on this site with a few unusual ones mentioned for reference purposes.

The 3419 is part of Lionel's "Space & Military" series. As with many of the items from that series, there are delicate parts that are prone to damage due to improper handling. Locating a complete, all original flatcar with helicopter is a difficult task as few helicopters have survived intact.

Numerous Variations - Due to the a lengthy production run of seven years, there are numerous variations to this flatcar. Most involve the color of the flatcar, single or dual blade helicopters and styles of launching mechanisms, but other subtitle differences also exist.