History
The 6430 is the second -- of several -- flatcars produced by Lionel which carried two tractor trailer vans. Although the flatcar remained basically unchanged for three years, the vans for the 6430 freight car have at least four different production variations. Trying to collect one set of each van will require some time as not all are readily available.

Features
Standard features of the 6430 include: unpainted red flatcar with white lettering, two operating couplers plus a brakewheel stand with metal brakewheel and four corner footsteps. A metal rack was mounted on top of the flatcar for the purpose of holding the vans in place as the train traveled along a layout. As with most rolling stock from this era, the early production flatcars (1956 thru early 1957) have bar-end trucks while later flatcars were changed to AAR trucks.

The collectable part of the 6430 freight car centers around the different van variations. While the flatcar always carries two vans with a single axle and dual wheels on the end of each axle, the vans are the most interesting part of this freight car. In order of production, the different vans found with the 6430 include:

Green Vans - Shown in the photo above - The first version produced had green vans and is somewhat hard to find.
Gray Vans - The common version has gray vans. 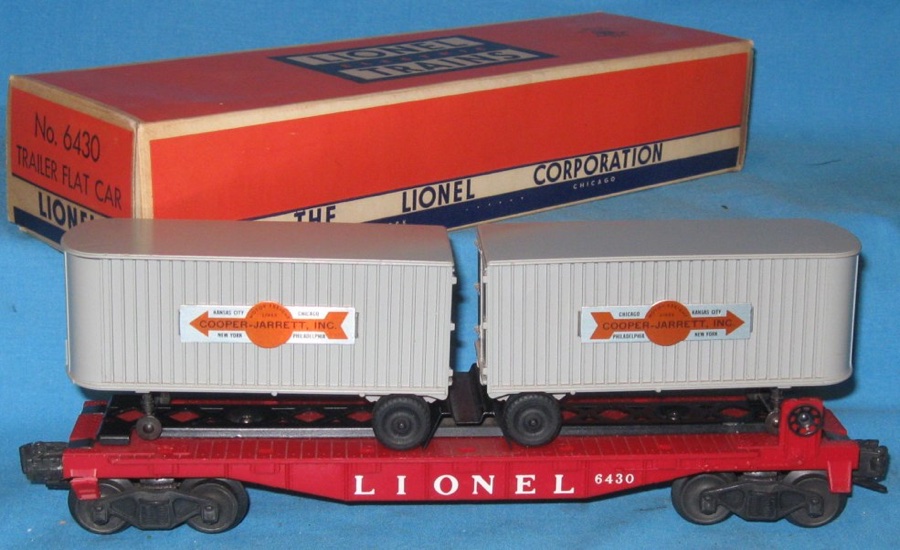 White Vans - The white vans are the hardest color vans to locate. 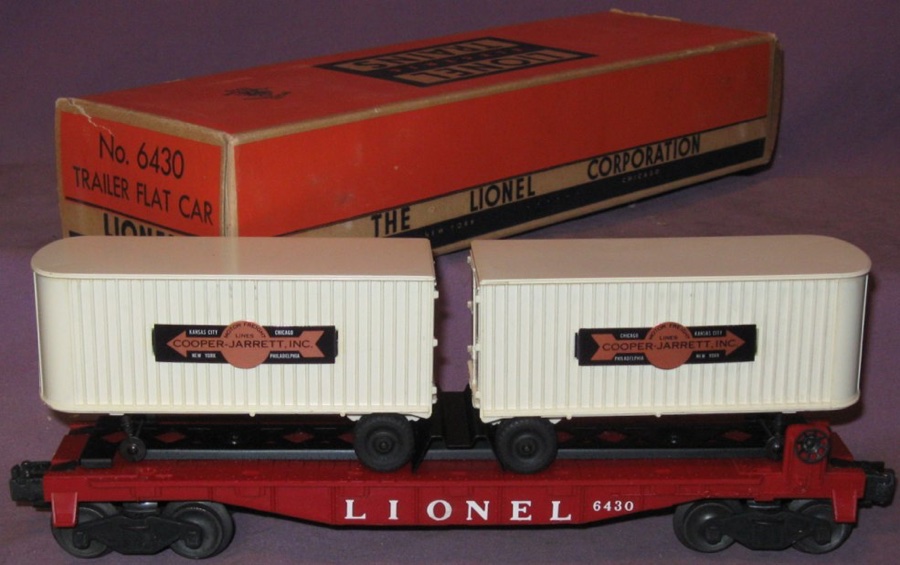