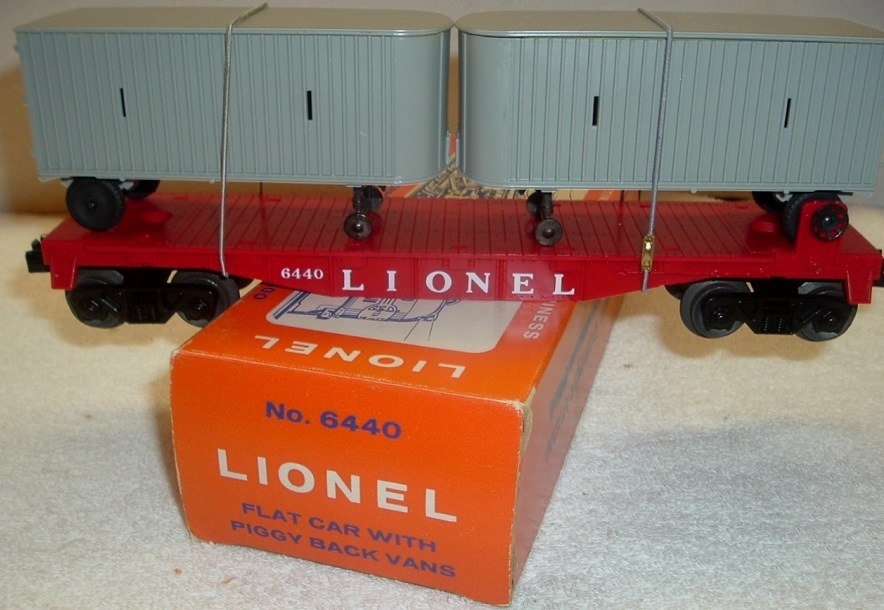 The Twin Piggy-Back Van car always included two gray vans. The vans were void of any exterior roadname of identification markings. Additionally, the vans were always the variety with a single rear axle with a single rubber tire on each end of the axle. Unlike the 6430, the center metal rack used to hold the vans in place was not included on this flatcar.

Only Known Variation - Shown in the photo above - All are unpainted red flatcars with plain gray vans having a single rear alxe.