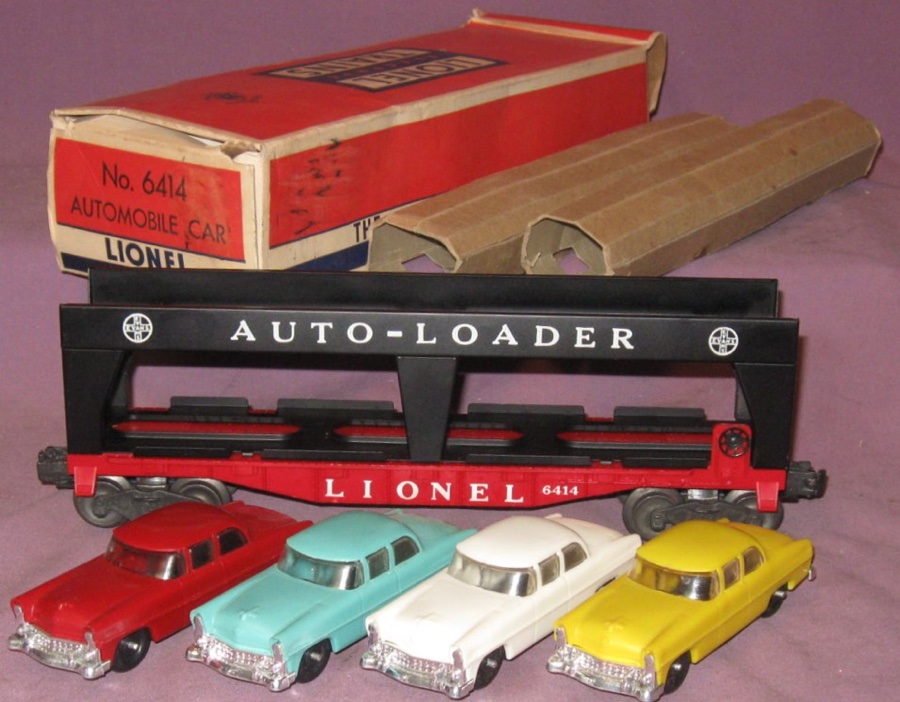 History
The 6414 Automobile Carrier is an attractive and popular freight car. Produced for over a decade, it is available in several variations, almost all of which as desireable and collectable.

The original automobiles provided by Lionel are loosely based upon a 1954 Ford. The automobiles introduced in 1955 are referred to as the premium automobiles. These automobiles were equipped with rubber tires that rotated, interior window inserts and front and rear simulated chrome bumpers. The premium automobiles were usually issued in a set of four different colors. They included one each of the following; red, yellow, white and a greenish-blue. Occassionally auto loaders were issued with four cars of the same color. Although not rare, single colored cars on the auto carrier are harder to locate.

As production of the 6414 continued, the detail and quality of the cars were reduced. The final 1966 version of the automobile had plastic wheels molded to the car body, no interior windows and no simulated chrome bumpers.

Features
The 6414 Automobile Carrier was produced during the period when Lionel converted most of its rolling stock from bar-end trucks to AAR trucks. As is common with the transition items, this freight car can be located with both bar-end and AAR trucks.

Standard features of this car vary with the year of production. The following list identifies the features unique to each year:

As mentioned above, there are several variations to the automobile, several being scarce or rare. Below is a summary of the available autos:

Bar-end Trucks - Shown in the photo above - Generally preferred by collectors and operators. Although production was only half the number of years compared to the AAR truck version, this bar-end flatcar appears to be more common than the AAR truck verison.
AAR Trucks - Not as readily available as the bar-end truck version, however there is no significant difference in value. 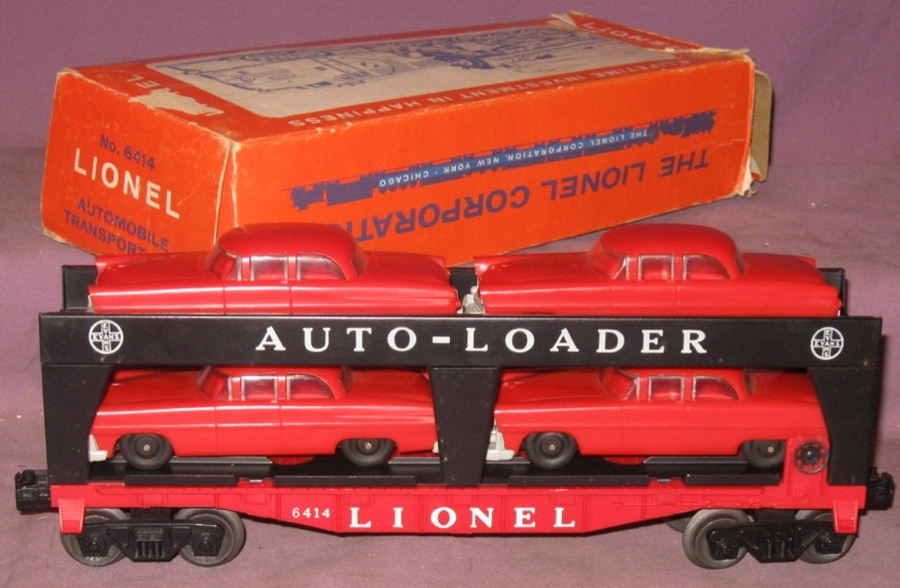 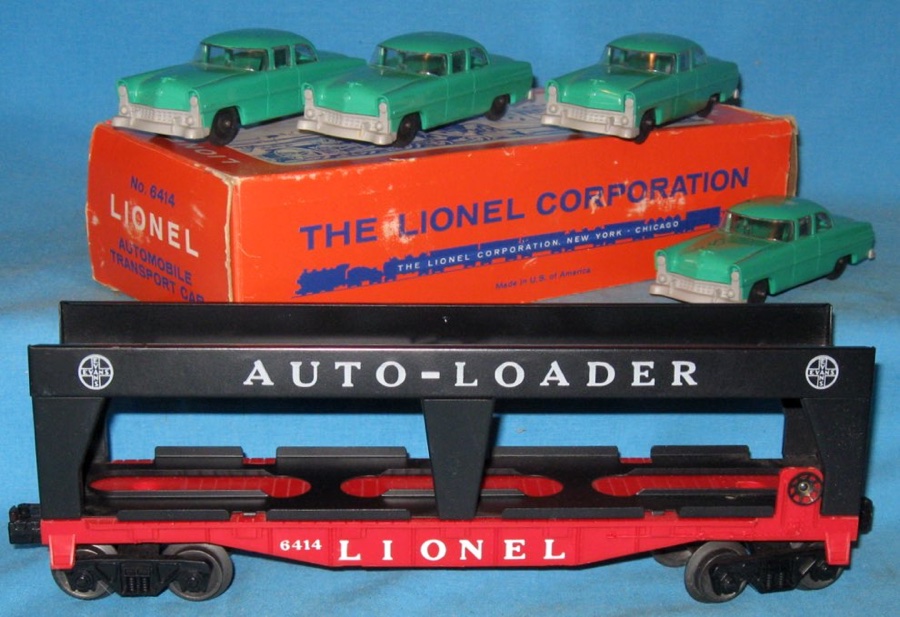