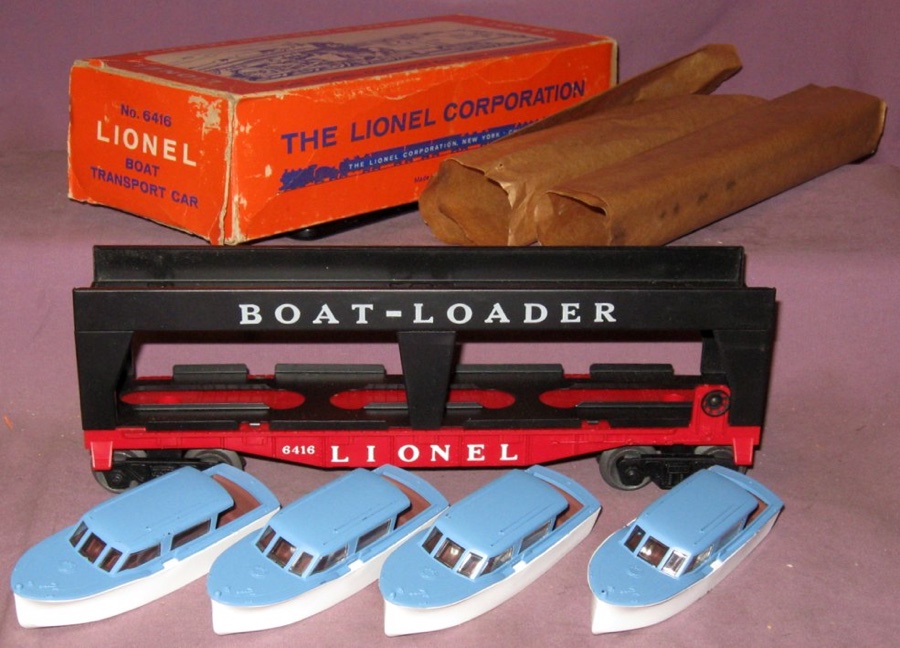 History
Except for its freight load, the 6416 Boat Transport Car is almost an exact copy of the popular 6414 Automobile Carrier. Produced for three years in the early 1960's, the boat transport car is a hard item to locate, especially those with their original boats.

The boats provided with the 6416 boat transport car have been a source of confusion for many collectors and operators. The boats were not manufactured by Lionel, but rather by Athearn -- a local New Jersey based toy train company that produced HO sized trains. Unfortunately, there are no markings on an original boat and during the past half-century, many manufacturers and suppliers have produced copies of these boats. When purchasing a 6416 with boats, be extra careful to examine the boats for originality.

Original boats consist of three parts -- a white hull, blue top and brown interior. All three parts were molded in black plastic and then painted their appropriate color. Unpainted boats are a sure sign the boat is not original.

All boats have a white hull, brown interior and blue top.

Only Known Variation - Shown in the photo above - All 6416's have a red flatcar, black superstructure and four boats.