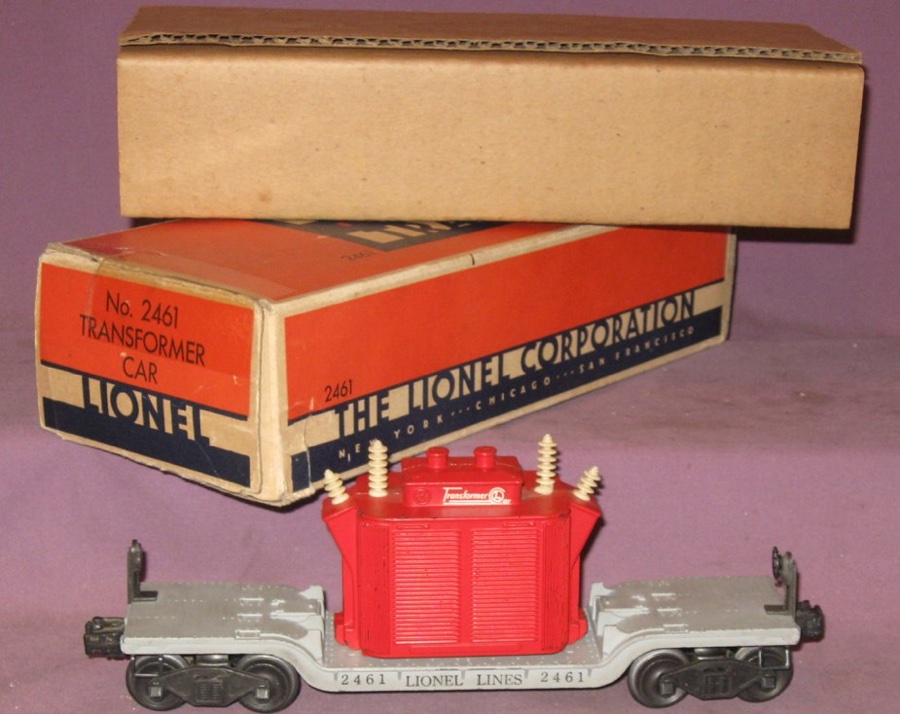 History
The 2461 Transformer car was offered by Lionel for two years, 1947 and 1948. It is a fairly accurate representation of a real railroad car designed to haul large and heavy cargo.

As with Lionel's other transformer cars -- the 6418, 6461 and 6818 -- each of these freight cars have the same weak point, transformer insulators which are extremely fragile. It is difficult to find this car with original and undamaged insulators. Additionally, original coils are generally faded to a light yellow color -- simply due to their age.

Features
The 2461 Transformer car has the following standard features: painted gray flatcar with black lettering, two staple-end trucks with operating coil couplers, brakewheel stand and brakewheel at each end plus a metal footstep at each corner.

The transformer is available in either black or red -- with the red version being harder to locate.

Additional Detail, Photos & Box Information
In 1949, the 2461 was renumbered to 6461 with the conversion from coil couplers to magnetic couplers.