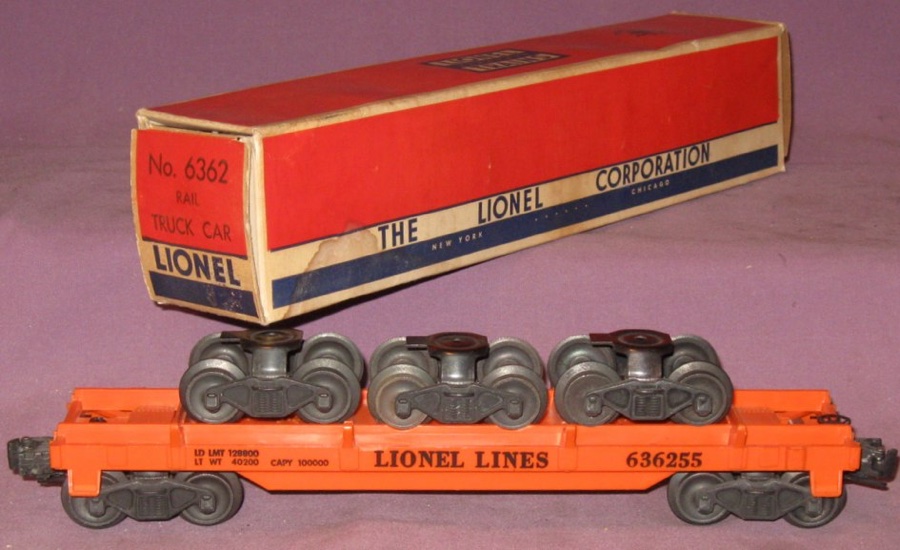 History
The 6362-55 Railway Truck Car was catalogued for only three years and it is a common item. During the three year run of the 6362-55, it underwent two changes. One to the lettering style and the second to the coupler style.

The three separate trucks on the flatcar had unique features for this car. These features can can help determine if the trucks are the correct load for this car. Each separate truck was a bar-end truck and did not include a coupler or coupler plate. Additionally, there is no mounting stud on the top of the truck. Quite frequently the trucks are lost or switched with an incorrect truck.

Additional Detail, Photos & Box Information
Neither of the below variations are difficult to find or more valuable than the other.