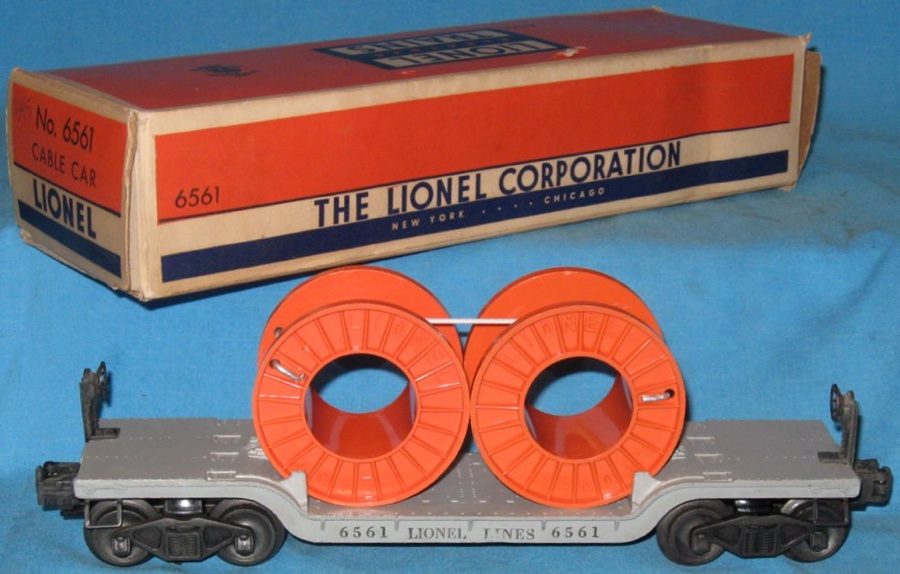 History
The 6561 was another example where Lionel used and existing flatcar style (the depressed center flatcar), mounted a new load onto it and produced a nice freight car. The end result was a freight car which looked realistic and impressive on a layout.

Features
The 6561 remained unchanged during its four year production run. Standard features include: gray painted depressed center flatcar with black lettering, bar-end trucks with operating couplers, metal footsteps at each corner and a brakestand and brakewheel at end. The lettering was always sans-serif while the removable cable reels always included thick aluminum wire.

Additional Detail, Photos & Box Information
The predominate color of the cable reels was orange. However, there was a small production run containing dark gray cable reels. These dark gray reels with their aluminum wire are more difficult to locate than the orange version.

Orange Cable Reels - Shown in the photo above - The common version.
Dark Gray Cable Reels - Harder to locate than the orange verison. 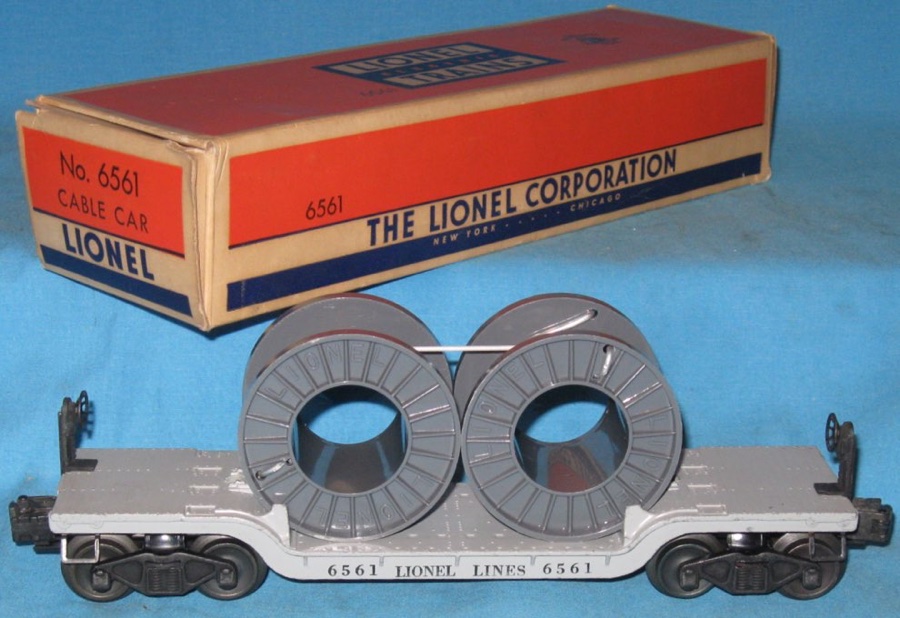