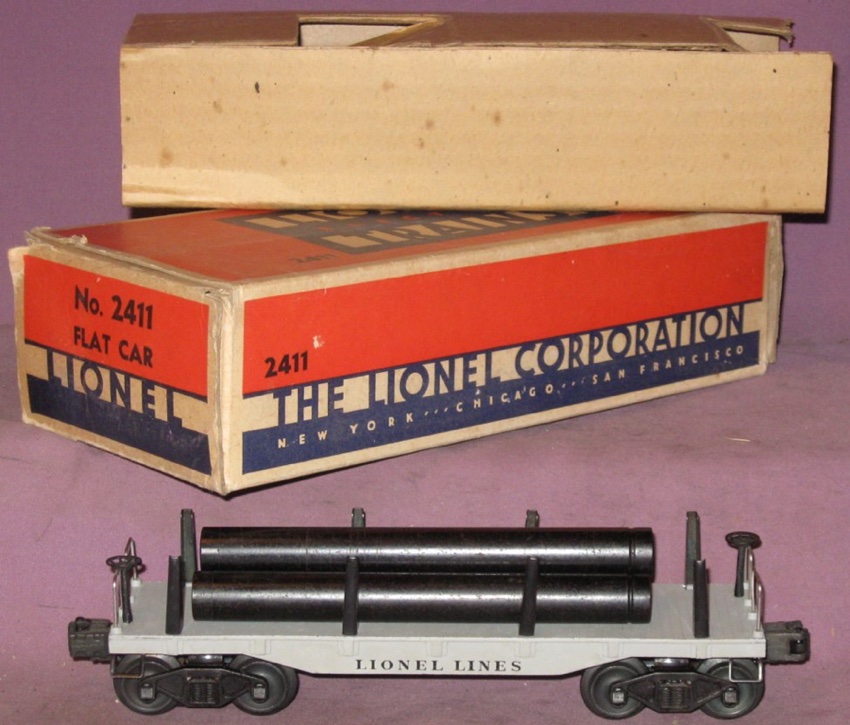 History
The 2411 flatcar was introduced in 1946. Its introduction is interesting in that the frame for the 2411 was also used on several versions of Lionel's work caboose. The basic 2411 frame remained in Lionels production for the next ten years.

The 2411 was introduced in 1946 with three metal pipes. This version was labelled by Lionel as the 'Big Inch'. For 1947 and 1948, the load was changed to three unstained logs -- and its fancy nickname was eliminated.

The 2411 flatcar is popular with operators and children. They enjoy creating their own loads to be carried around a layout. It's not uncommon to see a string of 2411 flatcars, each with a different or unique homemande freight load.

Features
The 2411 flatcar contains the following standard features: painted light gray flatcar with black lettering, staple-end metal trucks with two operating coil-type couplers, eight metal stakes plus two brakestands with brakewheels and four wire end railings. The number is always stamped in black on the bottom of the flatcar. The flatcar must be turned upside-down in order to see the number.

Additional Detail, Photos & Box Information
The length of this type of flatcar is approximately 9" long (coupler to coupler).

Flatcar with Metal Pipes - Shown in the photo above - This was only available in 1946. Locating original pipes for this car is difficult.
Flatcar with Logs - This is the common version. 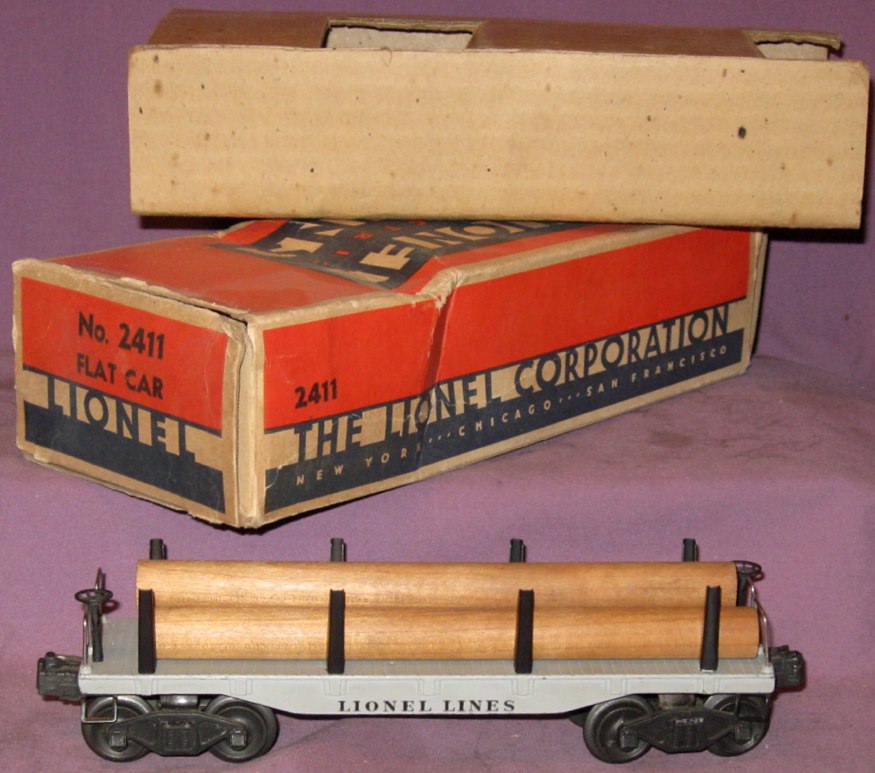