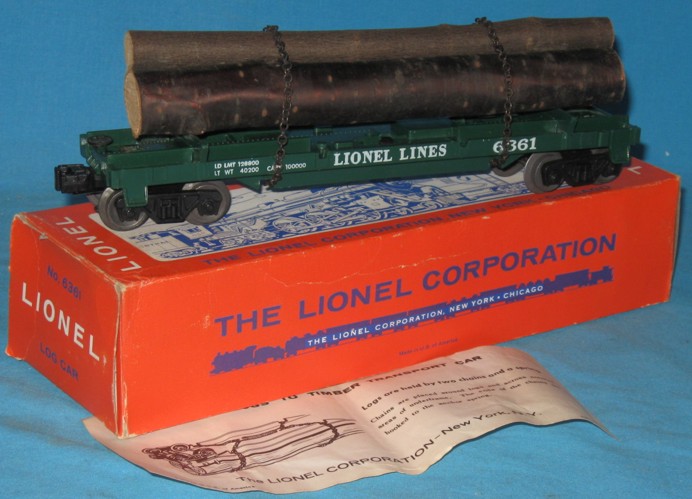 History
The 6361 Timber Transport flatcar was introduced in 1960 and replaced the operating 3361 log dump car from 1959. With its realistic load, chains and tension spring, many postwar collectors believe this is the nicest log car ever produced during the postwar era -- even though it is not an operating freight car! Even today, collectors pursue this freight car as they'll run a small steamer on their layout pulling a string of four or five 6361 Timber Transport cars.

Additional Detail, Photos & Box Information
A common problem with the Timber Transport car is the quality of the lettering where the chains cross the frame sides. Quite frequently, the letters or numbers are scratched or worn. Locating a 6361 with perfect lettering is a very difficult task.

Orange Picture Box - Shown in the photo above - All 6361's have a molded green frame with white lettering. Most include the Orange Picture box produced from 1961 throught the end of production.

Perforated Panel Box - For its first year of production, the 6361 was sold with an Orange Perforated Panel box. This box is somewhat hard-to-find and will usually cary a slight premium over the Orange Picture box. 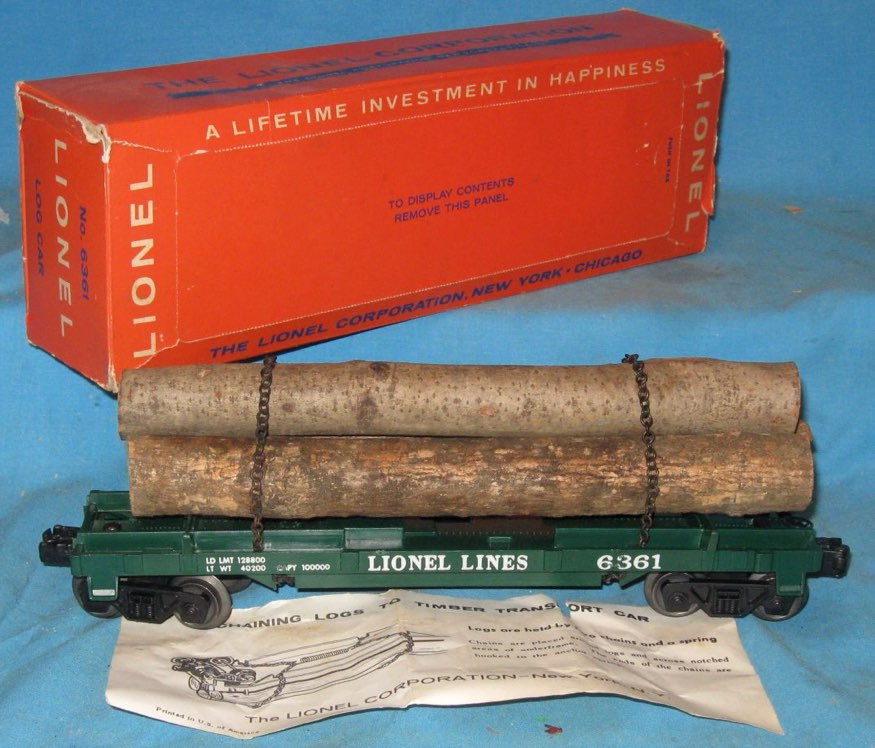