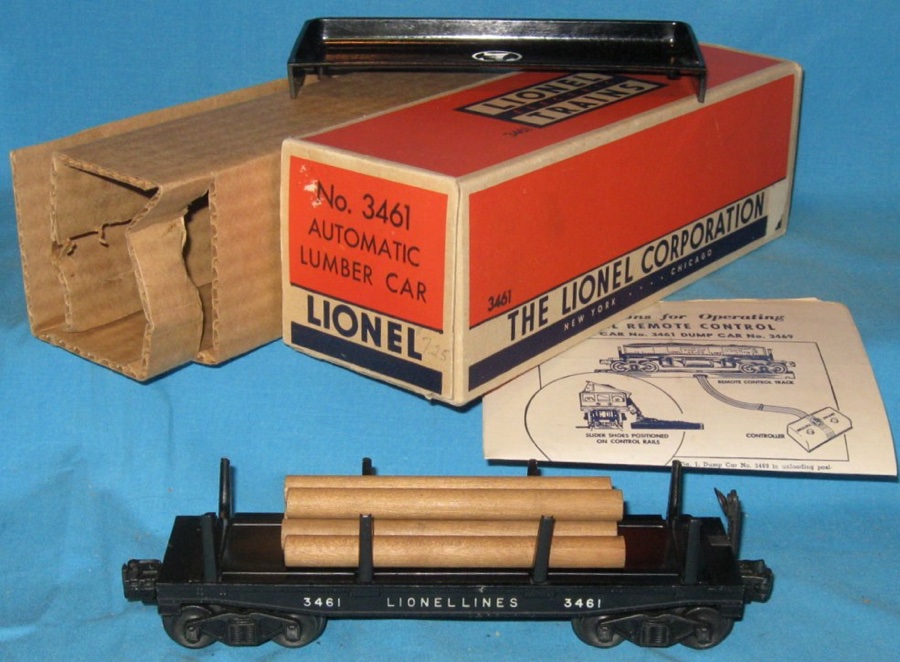 All operating log dump cars are popular cars, both in the 1950's and with the operators and collectorsg of today. The 3461 is the perfect car to be used with Lionel's 364 Conveyor Log Loader accessory. Because of the high play value of the dump cars, especially when used with the 364 Log Loader, many of these cars today are found in less than collectable condition. Locating a collectable version will require some effort.

A green version of the 3461 was produced by Lionel late in its production run. This version is harder to locate than the common black version and is actively sought-after by the collecting community.

Features
The 3461 is a high quality operating car made by Lionel. Standard features include: die-cast frame, sheet-metal operating dump frame, eight metal side stakes, dual operating couplers, a single brakewheel and brakestand plus five wooden logs. The car was introduced with staple-end trucks and changed to bar-end trucks in 1952.

Additional Detail, Photos & Box Information
Although not well known, one of the most diffuicult items to locate for a 3461 log dump car is the separate-sale box for the green version. Most green log dump cars were included in sets and few were sold as separate items. Locating the large -25 box will require time. 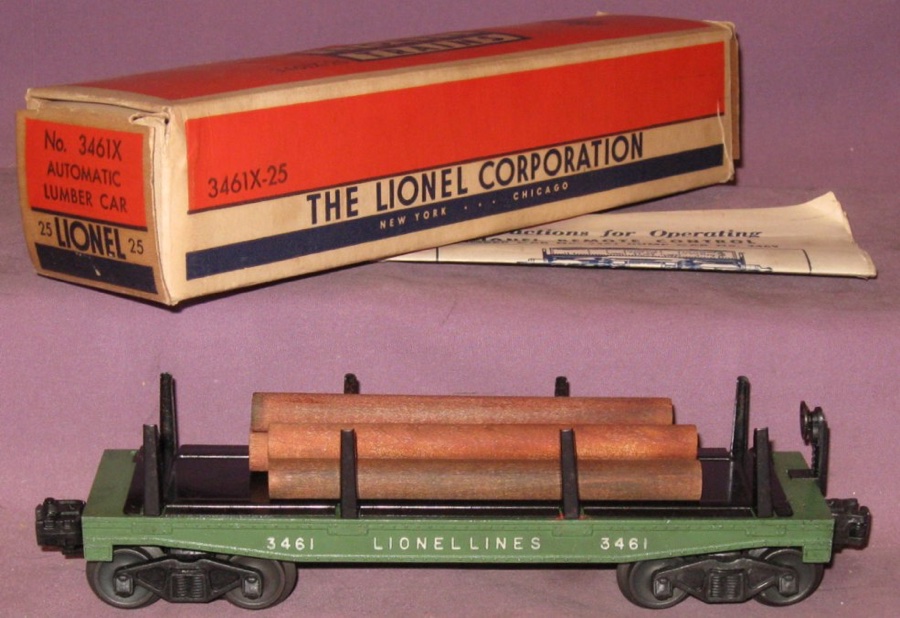