History
The 6477 Miscellaneous Car with Pipes is a continuation of the 6467 produced in 1956. The main difference being the 6477 included a set of plastic pipes as the freight cars load while the 6467 did not include any type of freight load.

The 6477 flatcar, as would be any flatcar, is popular with operators and children. They enjoy creating their own loads to be carried around a layout. It's not uncommon to see a string of 6467 and 6477 Miscellaneous Cars, each with a different or unique homemade freight load.

As with many items produced by Lionel's during the transition years of 1957 and 1958, the trucks were the all-metal bar-end trucks and couplers in 1957 and changed to the plastic AAR trucks in 1958.

One unusual feature of this flatcar, as well as the 6467, is the number of brakewheels. Lionel generally mounted one brakewheel per freight car. For both the 6467 and 6477, there are three metal brakewheels on each car -- one on the brakestand and one on each bulkhead end! 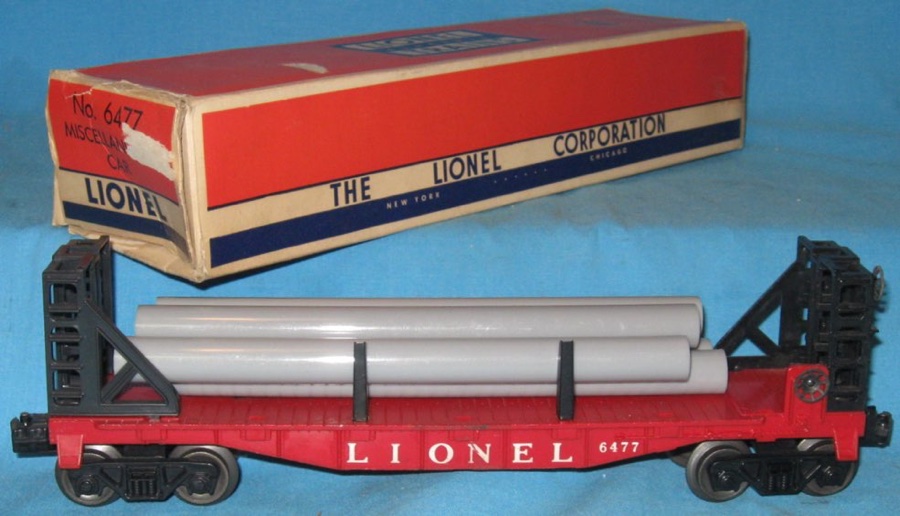