History
The 6511 flatcar with pipes was introduced in 1953. From a historical perspective, the 6511 mold is noteworthy. In its basic form (as mold # 6511-2), it remained in the postwar production era until the very end in 1969. Although minor modifications were required for different loads, it remained unchanged for 17 years.

The 6511 flatcar, as would be any flatcar, is popular with operators and children. They enjoy creating their own loads to be carried around a layout. It's not uncommon to see a string of 6511 flatcars, each with a different or unique homemade freight load.

In addition to the standard features listed above, there are two other items worth mentioning. They are:

Painted Red - Shown in the photo above - Various shades of red do exist. The market value remains unchanged despite the differences.
Painted Brown - A much harder flatcar to find. 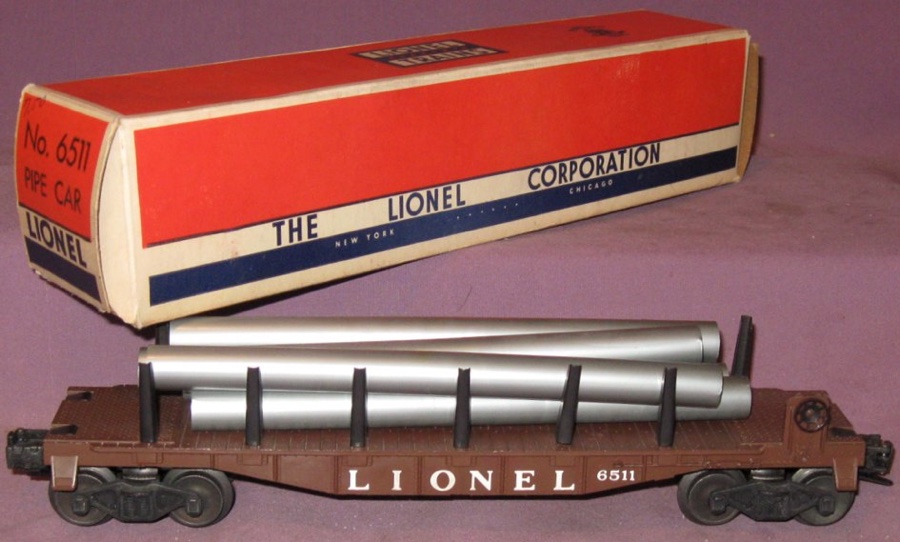