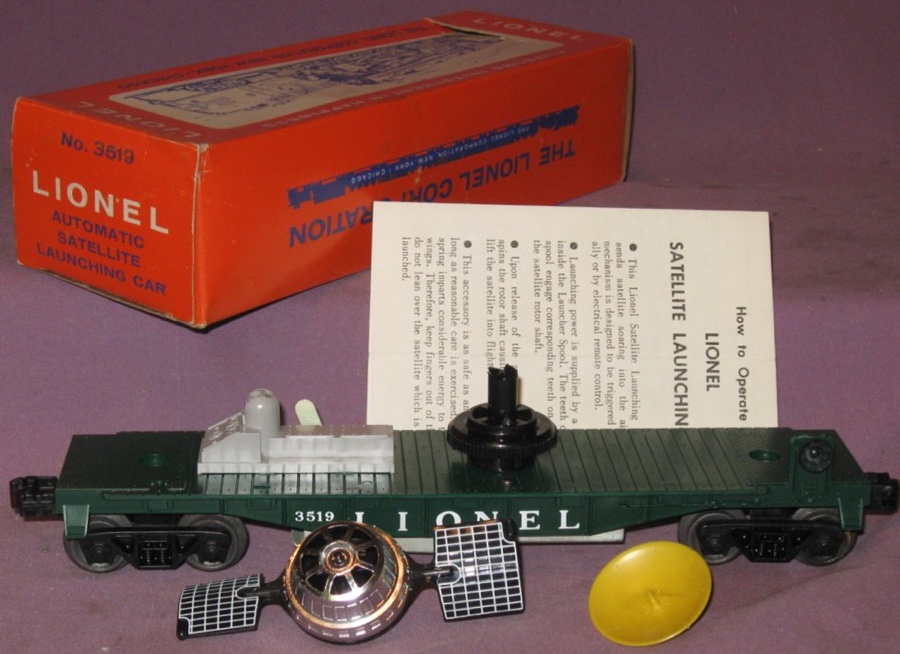 History
The 3519 Satellite Launching Car was produced for four years and holds the distinction of having the longest production run of any satellite flatcar. Interestingly, the 1961 catalogue displayed the car as having a red or blue flatcar. However, it was always produced with a dark green base.

Features
Standard features of the 3519 include: unpainted green flatcar with white lettering, AAR trucks, operating couplers plus a brakewheel stand with brakewheel and four corner footsteps.

A satellite launching mechanism was mounted in the center of the car. This mechanism has the ability to launch the satellite several feet in the air! In addition to this structure, a yellow satellite dish and launchable satellite was always included with the car.

Only Known Variation - All are unpainted green flatcars with a satellite launching mechanism mounted in the center.