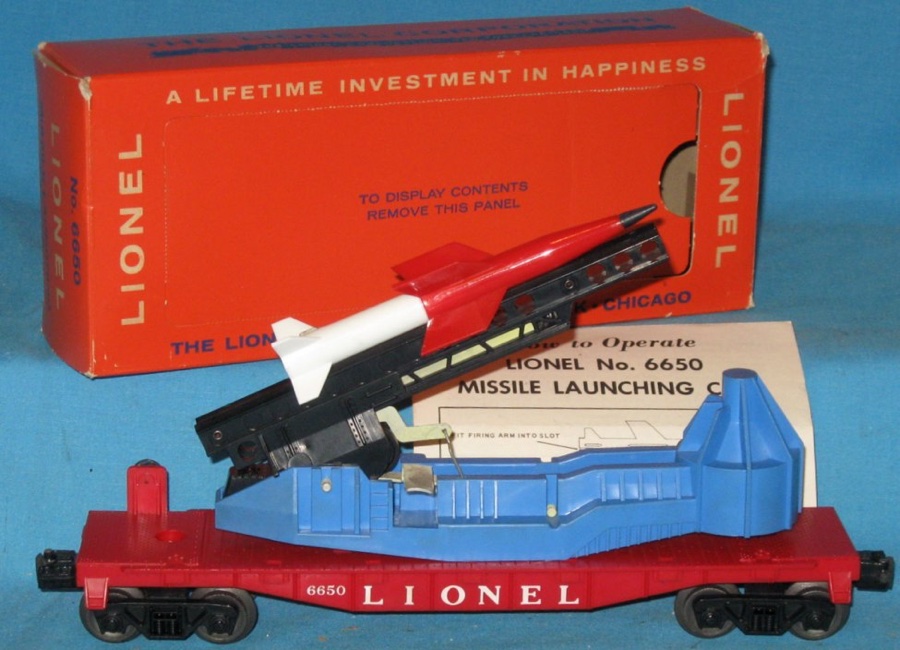 History
The 6650 Missile Launcher car was one of the first space and military items offered by Lionel. It is a common item and was frequently included in sets.

The missile launcher car was also available as a separate sale item in its own box. Finding an original box for the missile car -- especially in collectable condition -- is difficult since most were produced as unboxed components of sets.

Features
Standard features of the 6650 include: unpainted red flatcar with white lettering, AAR trucks with two operating couplers plus a brakestand and brakewheel.

The missile firing superstructure is always blue and black. Original missiles are a two-piece unit and usually found with a mixture of red and white components. All white missiles do occassionally surface and all red missiles are infrequent.

'6650' to Left of Lionel - Shown in the photo above - Most 6650's have their number printed to the left of the Lionel lettering. This is the most common version.
'6650' to Right of Lionel - The exact production dates are unknown and is a rare version to locate. 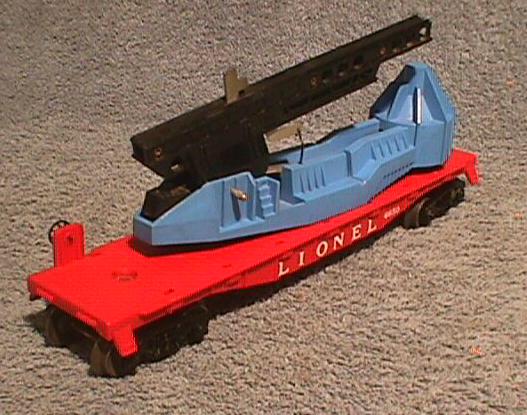