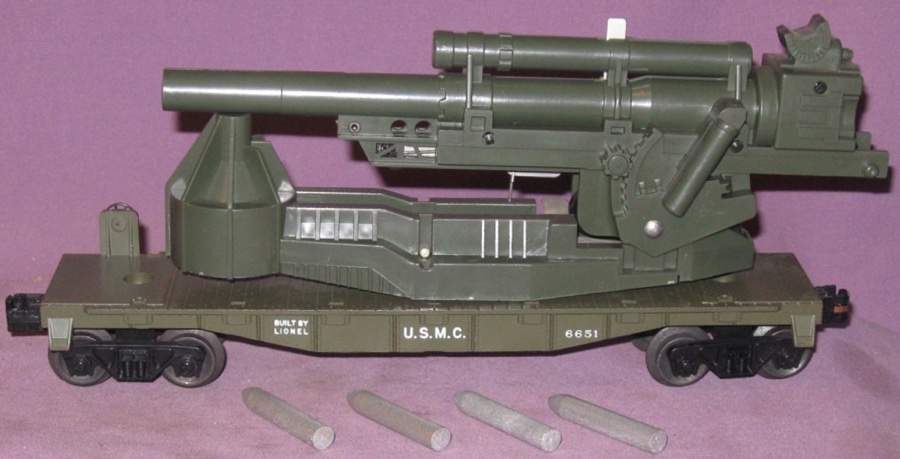 History
The 6651 is similar to Lionel fleet of missile launching flatcar produced in the 1960s such as the 6630, 6640 or 6650. However, the obvious difference is a firing cannon apparatus replaces the missile launcher mechanism.

The 6651 was an uncatalogued freight car produced for only a single year: 1964. It is a fairly difficult item to locate as few were produced and many were damaged or broken over the years. A complete 6651 is difficult to locate, especially with original shells.

Lionel never produced a box for the shell launching flatcar.

Features
Standard features of the 6651 include: painted olive-drab flatcar with white lettering, AAR trucks with two operating couplers plus a brakestand and brakewheel.

The firing cannon superstructure is always olive-drab, matching the color of the flatcar. The shells are simply silver-painted wooden dowels. It is unclear whether Lionel supplied one, or several, original shells with the flatcar.

Only Known Variation - Shown in the photo above - All 6651's were painted olve-drab and included silver painted wooden shells.