History
The 6456 Lehigh Valley hopper, along with its earlier cousin the 2456 Lehigh Valley Hopper, were the first new short hoppers introduced by Lionel in the postwar era. The 6456 was included in practically every catalogued set as well as being available for separate sale. This has made the 6456 hopper an extremely common item. However, being that most were introduced in sets and 'played with by the children', finding a 6456 in nice condition will require some searching and effort.

From 1948 until 1954 the 6456 was either black or maroon. However, during the final two years of production, Lionel introduced 3 new color combinations. Some of these are hard and even rare to locate.

Additional Detail, Photos & Box Information
For most of the production cycle the 6456 remained virtually unchanged. There were minor mold variations and truck changes, however none of these have an impact on its value. Until 1954, the 6456 was either a black or maroon hopper with white lettering. Beginning in 1954, the 6456 experienced several color changes such as:

Maroon or Black - Black version shown in the photo above - The most common version of the 6456 hopper. 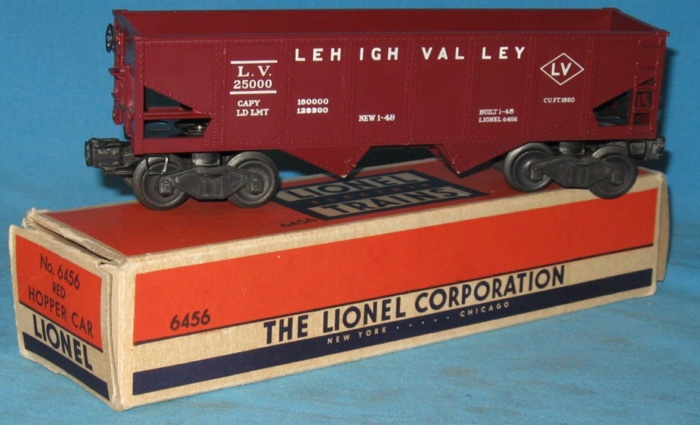 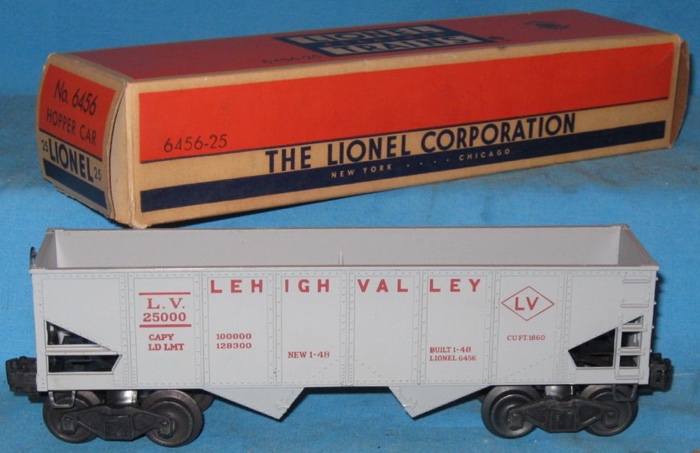 Glossy Red with Yellow Lettering - This is one of the hardest variations to locate. Assumed to be from a single, limited production run in 1954.

Glossy Red with White Lettering - This is by far the most difficult version to locate. Assumed to be from a single, limited production run in 1954 and is rare.