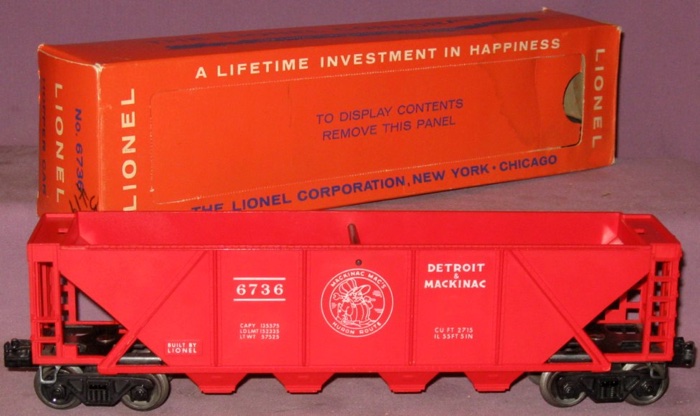 History
The 6736 Detroit & Mackinac hopper is an open quad hopper produced by Lionel in the early 1960s. Its three year run and inclusion in many set as well as being available for separate sale has made his a fairly easy hopper to find. However, collector quality examples are more difficult to locate as most appears in beginner or starter sets and frequently appear in well used condition.

There is a hard to find version having a partly filled in face within the emblem (or logo) on the side of the hopper. This is commonly known as a factory error and will command a premium in price.

Regular Side Emblem - Red version shown in the photo above - The common version.
Filled In Side Emblem - This is considered to be from a factory error and is rare.