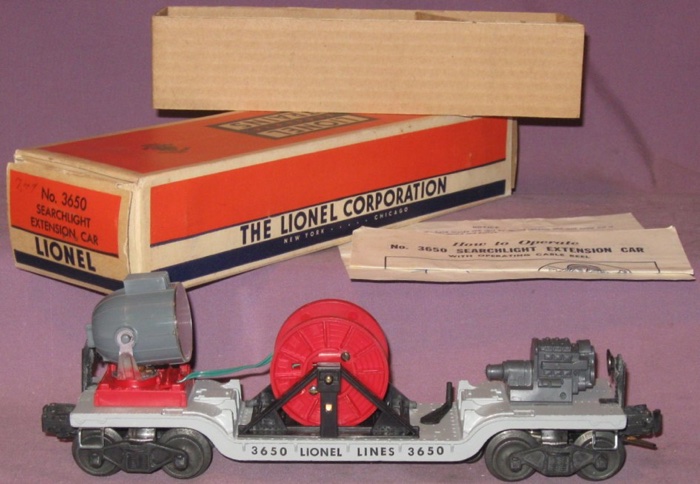 History
The 3650 Searchlight Extension Car was yet another new variation to the original 6520 searchlight car introduced in 1949. This version allowed a child (or adult) to remove the searchlight and place it on their a layout. With nearly three feet of wire included on the wire spool, the searchlight could cover a large area on any layout!

The 3650 was a success and remained in the Lionel catalogue for three years. During that time, there were three color variations on the frame. Other than the frame color variations, the remainder of the car did not change for the rest of the production cycle.

Features
Standard features of the 3650 include: bar-end trucks with operating couplers, removable gray searchlight with a red base and green wire, die-cast brakewheel stand and brakewheel at each end, metal footsteps at each corner, unpainted dark gray simulated generator and a black die-cast crank. The lettering on the frame was always black.

Light Gray Frame - Shown in the photo above - The most common variation.
Dark Gray Frame - Harder to find and will command a premium when located. 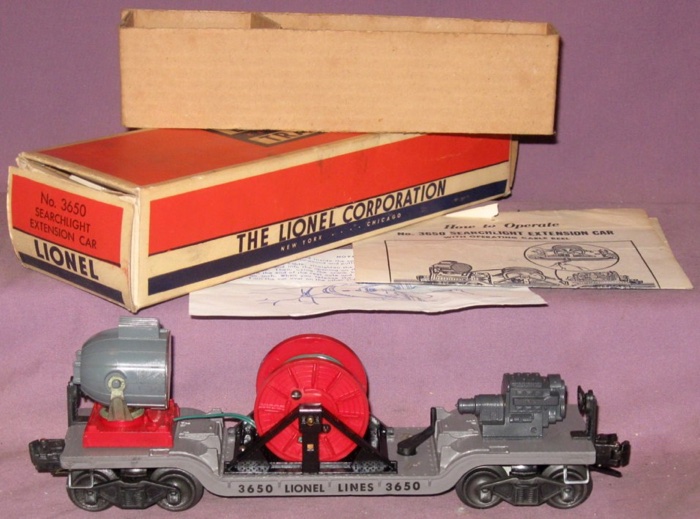 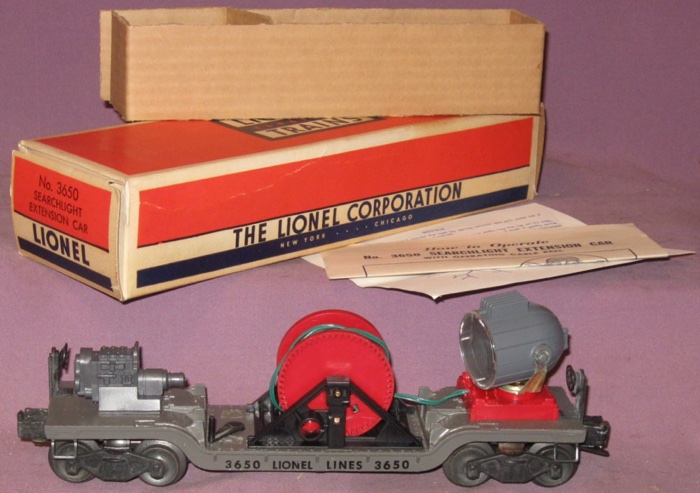