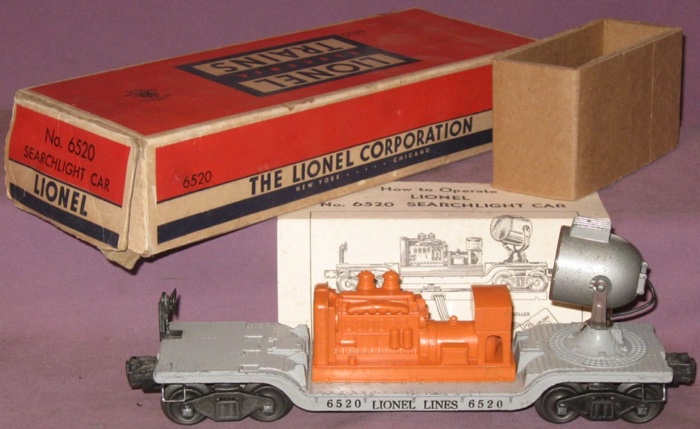 History
The 6520 Searchlight Car was the first searchlight car produced by Lionel in the postwar era. It is a good representation of a real searchlight car. Soon, every Lionel town had at least one searchlight on the layout.

The 6520 is a reliable operating car. It was included in many work train sets as well as being available for separate sale. Finding a searchlight car is easy, however collectable versions will be a bit harder to locate.

Features
Standard features on the 6520 include: painted gray die-cast depressed-center frame with black lettering, metal footsteps at each corner, a single brakewheel and brakestand plus a simulated generator. The car was always produced with operating staple-end trucks and serif lettering.

Additional Detail, Photos & Box Information
The 6520 searchlight car is known for its variations regarding the color of the simulated generator and the metal used for the searchlight housing.

The other variation to the 6520 is the housing of the searchlight. It is sometimes found with a smooth glossy gray housing. The more common version is a slightly darker crinkle gray finish. It appears both versions were made throughout the production cycle and can be found with any color generator.

Green Generator - Produced for only a brief time in 1949, a rare variation. 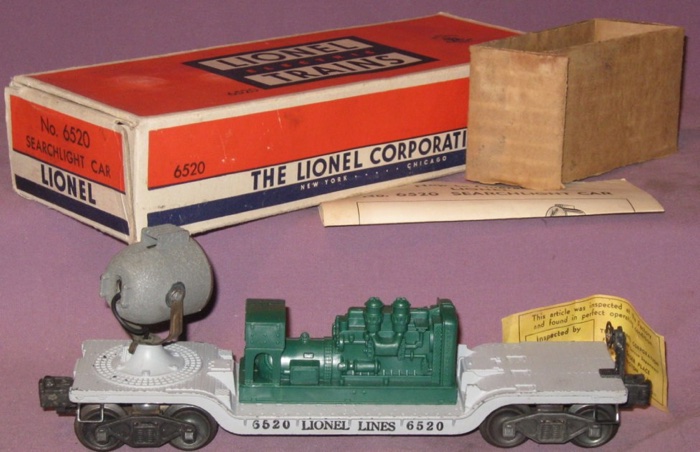 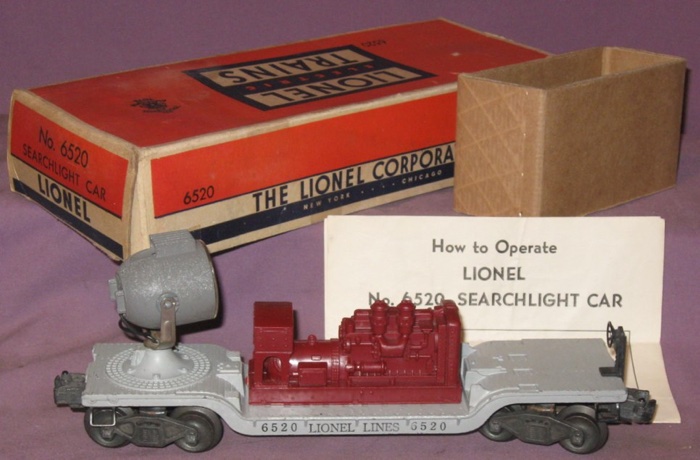 Orange Generator - Shown in the photo at the top of this page - The most common version produced in 1950 to 1951.