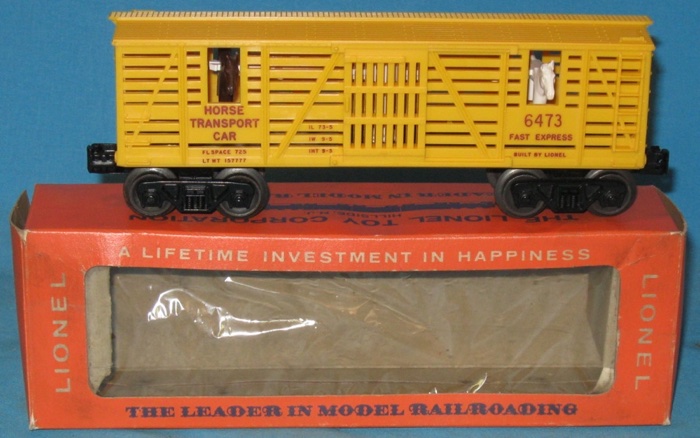 History
The 6473 Horse Transport Car is also known as the Rodeo Car. A pair of horse heads protrude from each side of the car. The motion of this stock car traveling on the rails creates the illusion of the "bobbing horse heads." This is an easy item to locate as it was included in many sets offered by Lionel in the early and mid-1960s.

For the first few years of production the car was equipped with two operating couplers. Sometime around 1963, one operating and one fixed coupler became the norm.

Additional Detail, Photos & Box Information
Details regarding the color of the body and lettering available in 1969 is unknown at the current time.