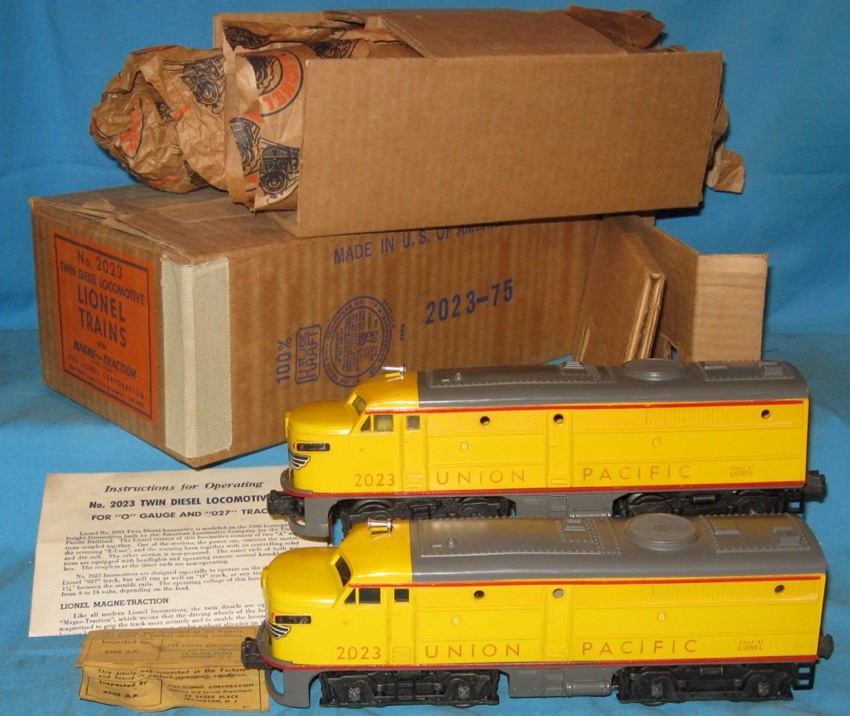 History
The 2023 Union Pacific AA units were the first early series Alco diesels produced by Lionel. These early Alcos -- produced from 1950 until 1954 -- are quality engines with many desired features. All early series Alcos remain in demand today.

The 2023 Union Pacific ran for two years. For its first year 1950, the diesel was painted yellow with red lettering, quite similar to its real-life counterpart. This yellow version is frequently referred to as the Anniversary Diesels. For 1951, Lionel changed the color of the Union Pacific diesel to be a light gray diesel with a dark gray top.

Features
Standard features of the 2023 include: painted body with painted stripes, die-cast frame, two-axle Magnetraction, three-position E-unit, headlight in each unit, horn and operating front couplers on each unit with non-operating rear couplers. Other extras include a silver ornamental horn on each unit, headlight and windshield lens, rear metal step ladders plus illuminated number boards with the number 2023 printed in the lens.

The 2023 was produced in three distinct color variations. They include:

Additional Detail, Photos & Box Information
All 2023s are excellent diesels, however the Anniversary Diesel is usually the preferred Union Pacific Alco. Its colorful and somewhat realistic paint scheme remains in demand when compared to the rather gray version. Additionally, the only box available for any Union Pacific is a master carton -- individual boxes do not exist.

Yellow Shell with Yellow Nose - Shown in the photo above - The common 1950 production model.

Yellow Shell with Gray Nose - Very early 1950 production, this is a rare diesel. 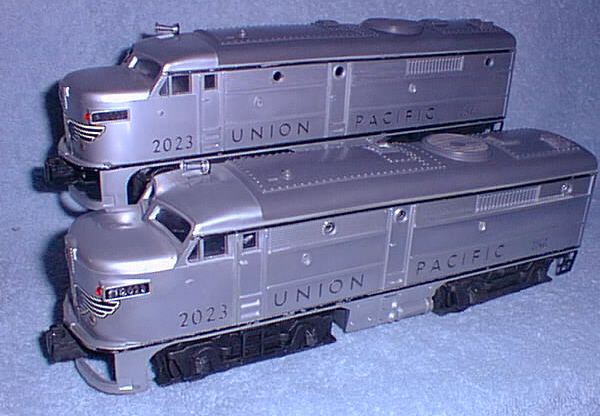