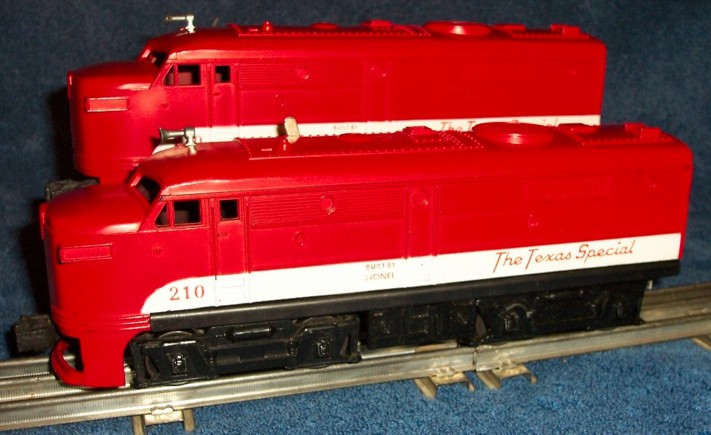 Features
Standard features of the 210 include: painted red and white shell with red lettering, three- position E-unit, two-axle magnetraction, illuminated headlight plus non-operating front & rear die-cast couplers. There is also a decal of a star on the nose of each shell.

Only Known Variation - All 210's have painted red and white shells with red lettering.