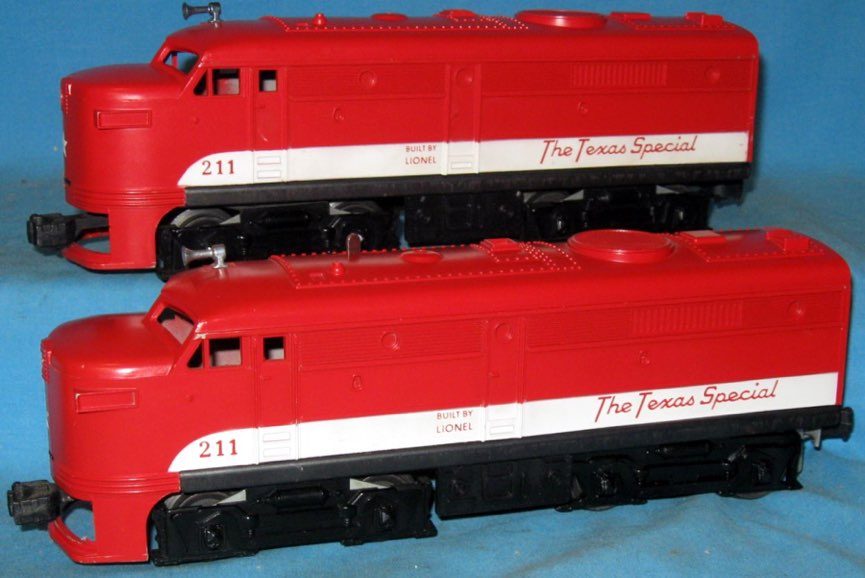 History
The 211 Texas Special Alco AA units were a common sight in the Lionel family in the early 1960s. These diesels were frequently seen in the front of catalogued and uncatalogued freight sets.

Features
Standard features of the 211 include: painted red and white shell with red lettering, two position E-unit, two traction tires, weight in power unit cab plus non-operating front & rear die-cast couplers. There is also a decal of a star on the nose of each shell.

Additional Detail, Photos & Box Information
Some of the early 1962 production 211 Texas Specials were produced with a single axle Magnetraction motor instead of the dual traction tires. These units are also missing the weight in the power unit.

Single Axle Magnetraction, No Weight - A difficult variation to locate.
Dual Traction Tires, with Weight - Shown in the photo above - The most common version.