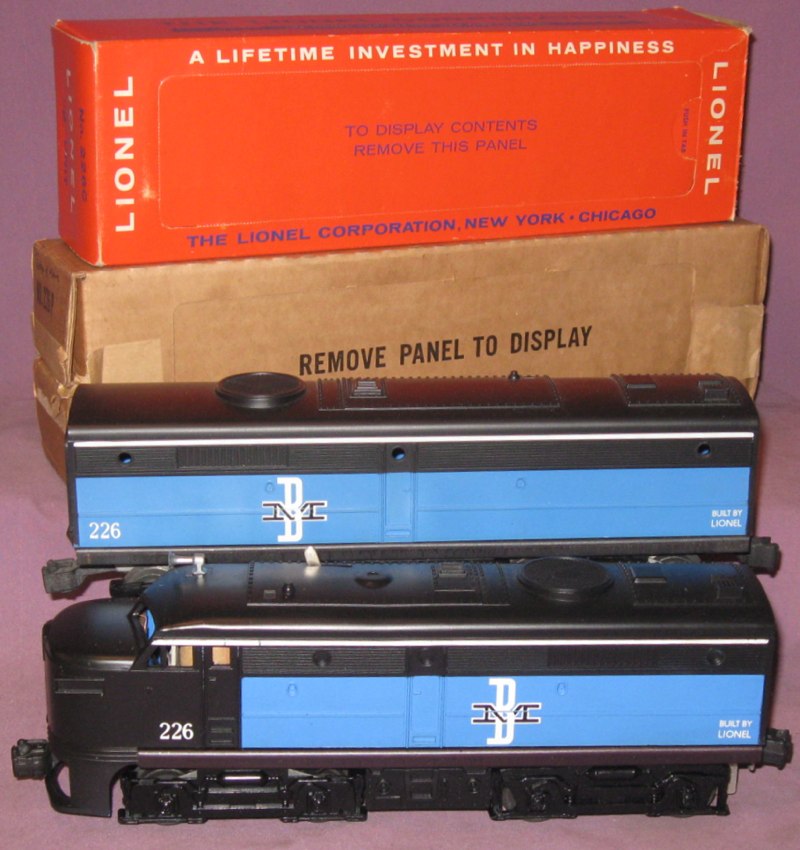 History
The 226 Boston & Maine Alco AB units are uncatalogued diesels from 1960. The fact they were uncatalogued and only manufactured for a single year has made this diesel set a hard item to locate, especially in collector condition. Although the second generation '200' series Alco's were inferior in quality and detail compared to the Lionel Alco of the early 1950's, the 226's contained some of the better features available in the later Alco's.