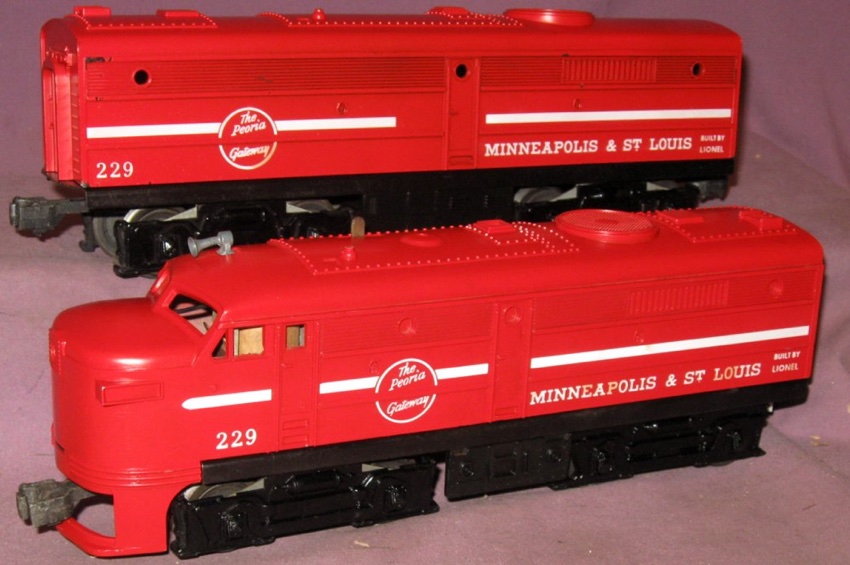 History
The 229 Minneapolis & St. Louis (M. & St. L.) Alco diesel is a somewhat unusual diesel produced in the early 1960's. Lionel manufactured this locomotive in two different configurations; first as a single A unit in 1961 then follow it up as an AB unit for 1962. Since fewer B units exist for this locomotive set, the AB combination is significantly harder to locate compared to a single A unit.

Only Known Variation - Shown in the photo above - All 229's are painted red with white lettering and side stripe.