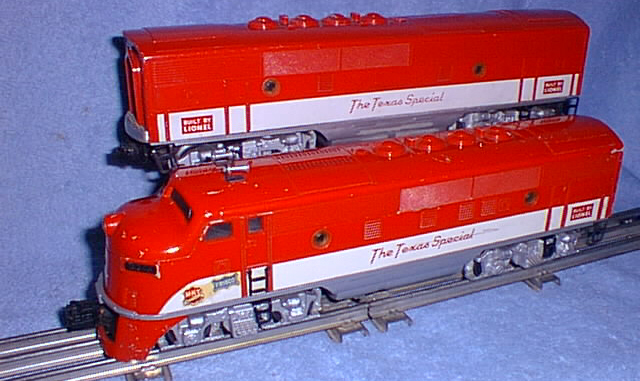 History
The 2245 Texas Special F3 AB unit of the mid 1950s is another set of quality F3 diesels produced by Lionel. This unit is notable in that it was the first Lionel F3 A unit to be produced with a single motor. Lionel catalogued the Texas Special F3 as an 027 gauge item and headed up two sets in 1954 and one in 1955.

The 2245 was always sold as an AB combination. Even with a single motor and Magnetraction, it is a powerful locomotive. The 2245 is unusual in that it was produced for only two years but there are three distinct variations over the two year production cycle.

Features
Standard features of the powered A unit include: red and white painted areas over a gray shell, single motor, Magnetraction, functional horn, three-position E-unit, operating front coupler with a non-operating rear coupler, illuminated headlight and number boards, plus dual ornamental horns, metal steps on the trucks, rear metal ladder steps mounted on the frame and an MKT and Frisco decal on each side below the cab windows.

Standard features of the non-powered B unit include: red and white painted areas over a gray shell, front and rear non-operating couplers, plus metal ladder steps at each corner. Note that the B units was available with either open portholes with clear lens inserts (1954) or molded closed portholes (1955).

1954 Texas Special - Shown in the photo above 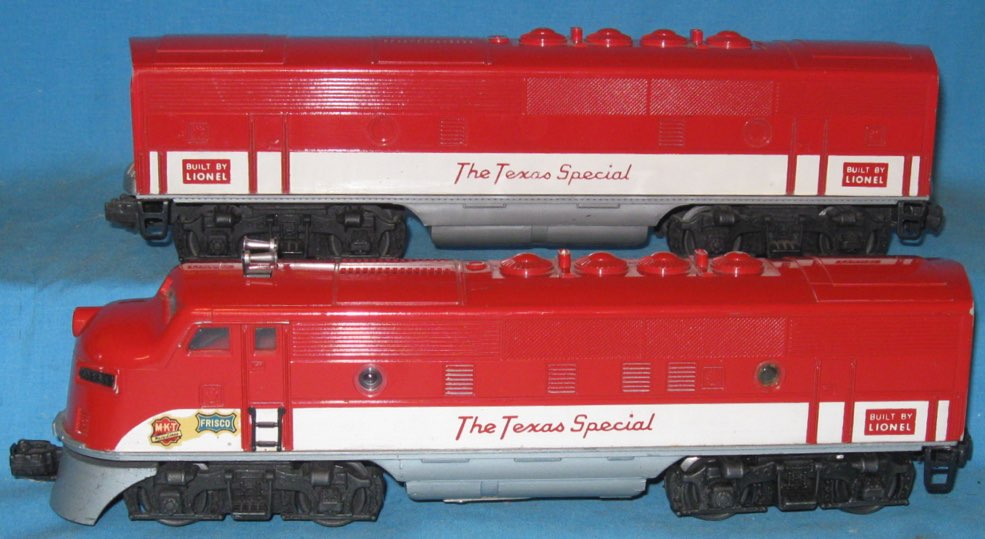