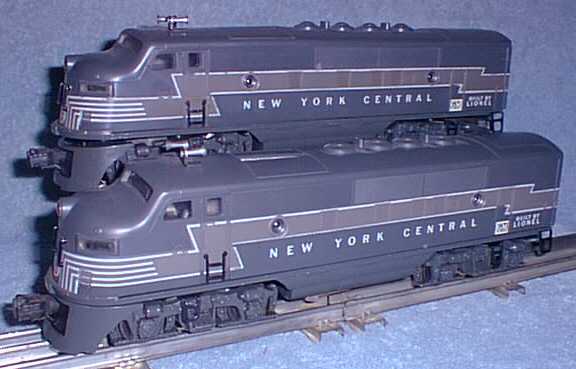 History
The 2344 New York Central F3 AA unit of the early 1950s -- along with the 2343 Santa Fe F3 AAs -- are considered by collectors and operators to be the best F3 manufactured by Lionel during the entire postwar era.