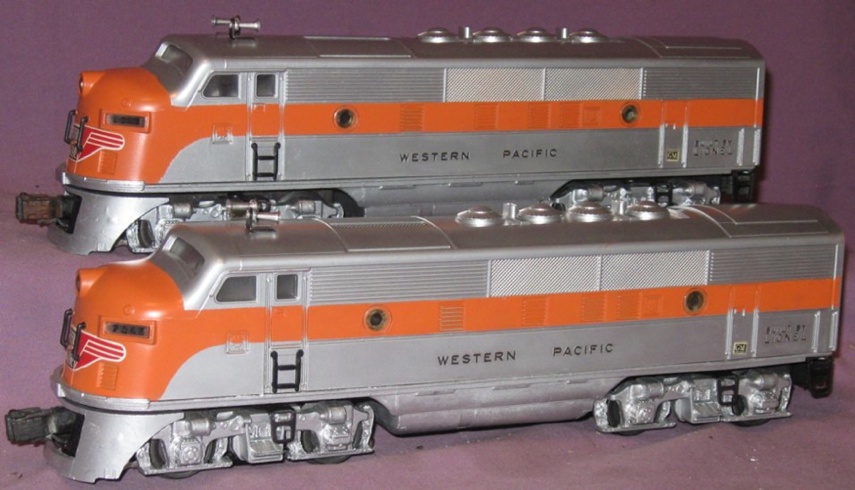 History
The 2345 Western Pacific F3 AA diesels were only produced for a single year and are one of the rarest postwar F3's produced by Lionel. These diesels -- along with the 2343 Santa Fe and 2344 New York Central F3 AAs -- are considered by collectors and operators to be the pinnacle F3's manufactured by Lionel during the entire postwar era.

Additionally, the power A unit contains dual motors, Magnetraction, functional horn and a three-position E-unit. It is interesting to note a B unit was never produced by the postwar Lionel Corporation wearing the Western Pacific colors.

Only Known Variation - Shown in the photo above - All Western Pacific F3's had a silver exterior with a horizontal orange stripe and black lettering.