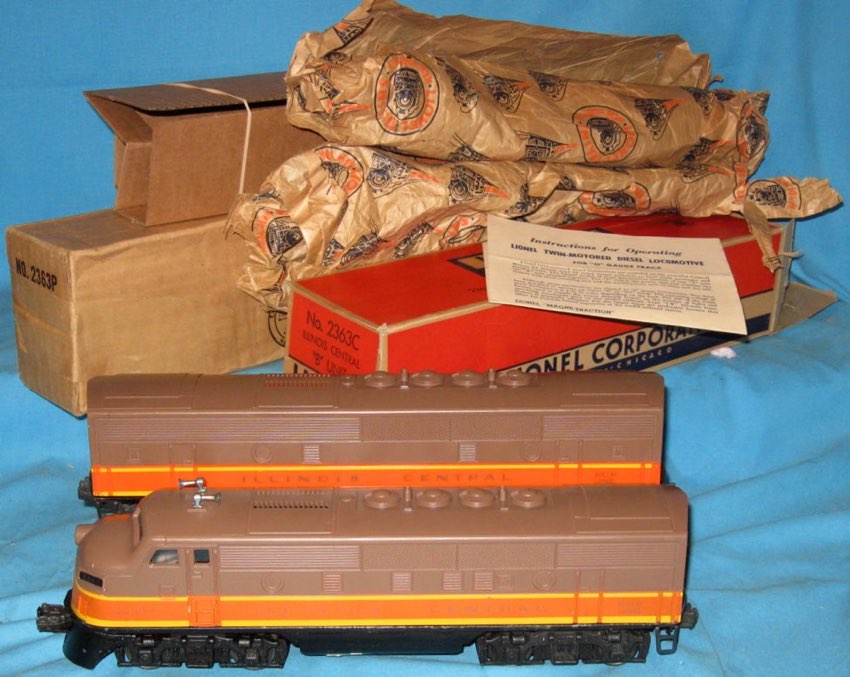 History
The 2363 Illinois Central F3 AB units of the mid 1950s were yet another set of high quality F3 diesels produced by Lionel. Although the 2363 Illinois Central lacked some of the detailed exterior features of the earlier F3s, their durability was still top-of-the-line. As with most of the diesels from that era, when properly maintained, they will run as strong today as the day they were produced.

The 2363 was always sold as an AB combination and is known for its excellent power. With dual motors and Magnetraction, this locomotive can pull more cars than most of the other diesels produced. The 2363 headed up a single Lionel freight set in 1955 and was not included in any 1956 sets. It was available as a separate sale item in both years.

Standard features of the non-powered B unit include: brown, orange and yellow painted areas, front and rear non-operating couplers, plus metal ladder steps at each corner. Note that the 2363 was only available with louvered roofs and closed portholes. 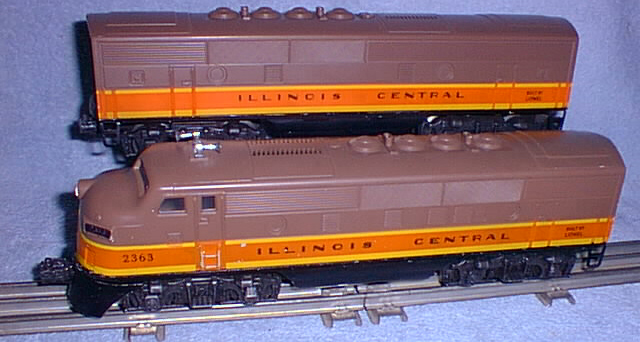