History
The 2331 Virginian FM Trainmaster is a realistic and scale-like replica of the real life Trainmaster. Lionel's version of this locomotive has a well-deserved reputation for being a top-of-the-line diesel with excellent durability and strength. The 2331 was the second FM Trainmaster introduced by Lionel in the postwar era -- the first being the 2321 Lackawanna from 1954.

Features
Standard features of the 2331 include: dual motors, Magnetraction, three-position E-unit, illuminated headlights and numberboards at each end, dual operating couplers, functional horn plus wire handrailings and an ornamental horn on each side.

The initial production run of 2331 Virginian FM Trainmaster diesels used leftover 2321 Lackawanna gray shells and were painted either yellow and blue or yellow and black for the Virginian colors. Both of these gray shell versions were produced in early 1955 and are difficult to locate, especially in collector condition.

Blue Shell Painted Yellow - Shown in the photo above - The common version. It was produced from early 1955 until 1958. 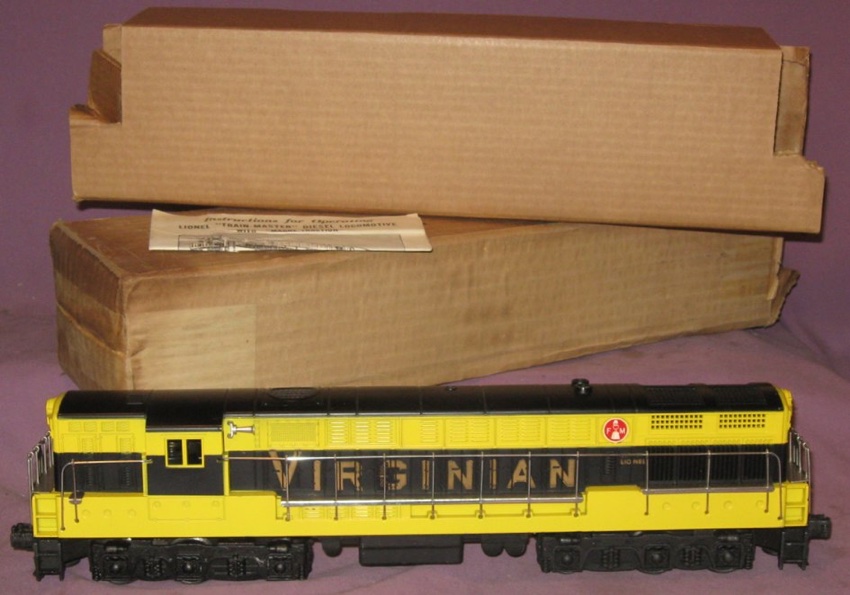