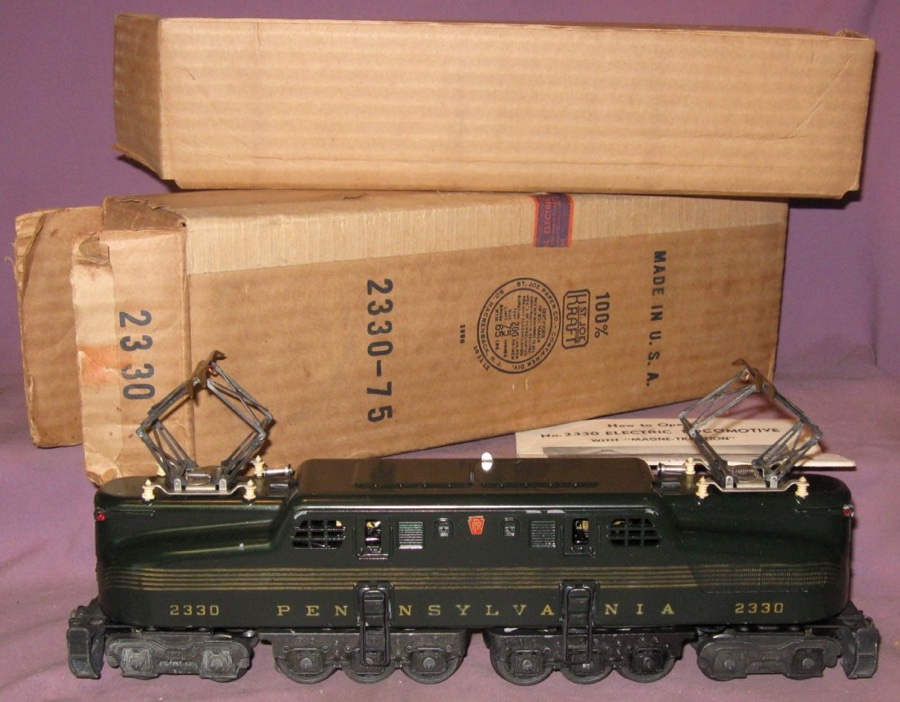 The 2330 is a smooth running, highly dependable locomotive. It is unfortunate this locomotive was only produced for a single year. With its dark green exterior paint and five horizontal gold stripes, it was a very realistic and prototypical locomotive compared to the real life counterpart.

Additional Detail, Photos & Box Information
A common problem with all GG1 locomotives is the lettering and side strips. Due to years of handling, it is quite common to find a GG1 with worn lettering and/or strips on each side near the center. Units with intact letters and strips will usually command a premium.

The length of a GG1 is approximately 14" long (coupler to coupler).

Dark Green Body - Shown in the photo above - All 2330's are painted Brunswick green.