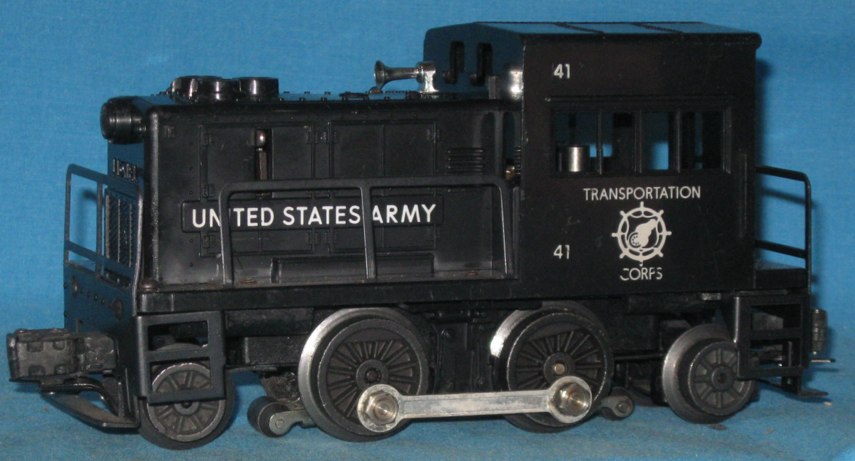 History
The 41 United States Army Transportation Corp Gas Turbine Switcher (whew - the name is longer than the engine!), was produced for three years in the mid 1950s. These small locomotives -- generally referred to as Motorized Units -- are loosely design after real-life gas turbine switchers of the 1950's.

Lionel's model, similar to the real-life version, was small and had limited pulling power. On average, the Lionel model can only pull two or three freight cars. Lionel only offered the 41 as a separate sale item and never in a complete outfit.

The 41 US Army Switcher ran unchanged for three years and did not include magne-traction nor interior illumination.

Only Known Variation - Shown in the photo above. - All 41s were painted black with white lettering.