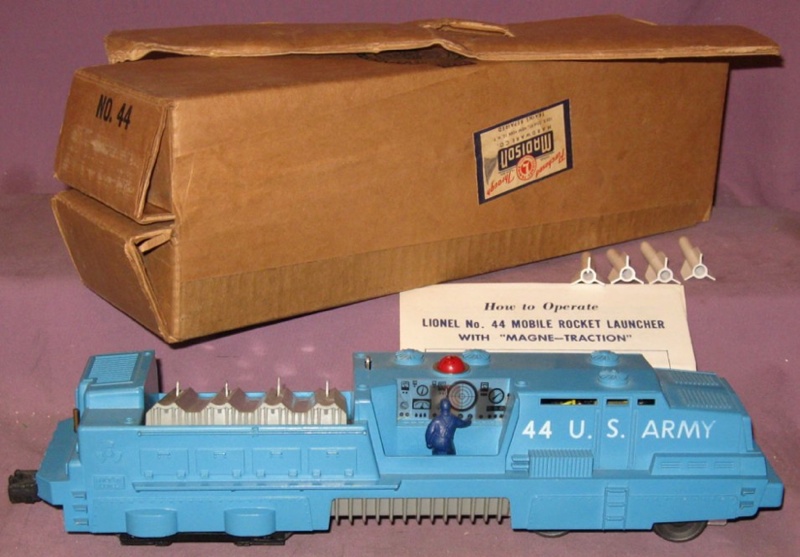 History
The US Army Mobile Missile Launcher is an odd looking motorized unit and is based solely upon the imagination of Lionel designers. This locomotive does not have a real-life counterpart and is considered to be part of Lionel's "Space & Military" series. Other than the color and number, the #44 is the same as the # 45 USMC Mobile Missile Launcher introduced the following year (1960).

As with many items from the Space & Military series, there are delicate parts that are prone to damage due to improper handling. For example, the delicate front end and the ten side steps -- two on each front corner & three on each rear corner -- are easily broken. Additionally, the paint is prone to chipping or flaking and locating one in collectable condition is difficult.

The gray missile launcher is manually operated. This locomotive included four white simulated missiles which have a firing range of a couple of feet.

Only Known Variations - Shown in the photo above - There are no known variation to the US Army Mobile Missile Launcher.