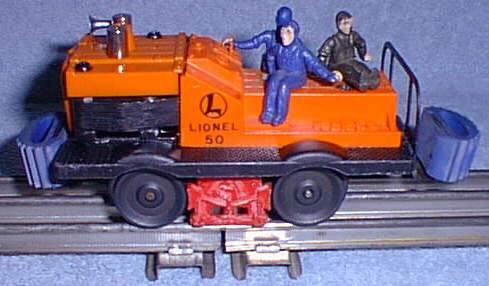 History
The 50 Gang car is a unique item created by Lionel. It is a small and inexpensive self-motorized unit creating plenty of action on a layout. With the Gang Car being sales success -- along with its ability to operate as an independant unit -- Lionel soon introduced several other self-motorized units into their consumer line. Products such as the 60 Trolley; 65 Handcar and 68 Executive Inspection Car are just a few examples where the small, self-motorized theme was used on other Lionel trains.

The 50 Gang Car is a reliable and durable item. With only general maintenance, the Gang Car has proven to be a solid performer.

Features
The 50 Gang includes the following standard features: orange molded body, die-cast frame, two stationary and one moveable crewmen and a rubber bumper on each end.

As the production cycle evolved, so did the variations. Listed below are some of the more significant changes along with the estimated year of change:

Numerous Variations - There are numerous variations to the 50 Gang Car. The information above highlights the commonly accepted variations and below are a couple examples of the many variations: 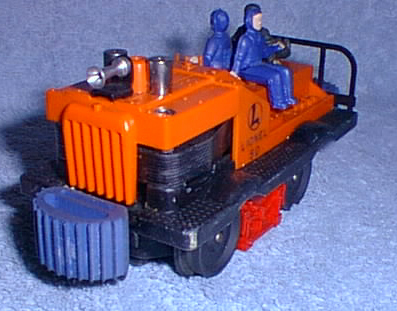 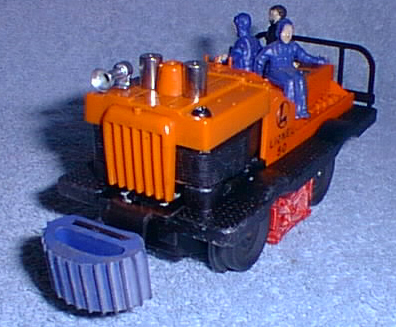