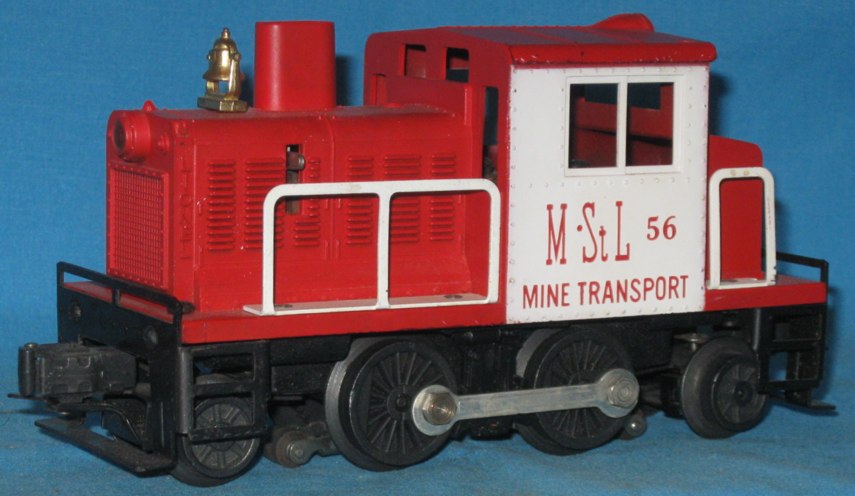 History
The 56 Minneapolis & St. Louis Mine Transport switcher is one of the more difficult motorized units to locate. It was only produced for a single year -- 1958 -- and was only available as a separate sale item, never as part of a set. These small locomotives -- usually referred to as Motorized Units -- are loosely design after a real-life gas Vulcan switcher of the 1950s.

Lionel's model, similar to the real-life version, was small and had limited pulling power. On average, it could only pull two or three freight cars.

The 56 Mine Transport Switcher ran unchanged for a single year and did not include magne-traction nor interior illumination.

Only Known Variation - Shown in the photo above. - All 56's have red molds, painted white cabs and red lettering.