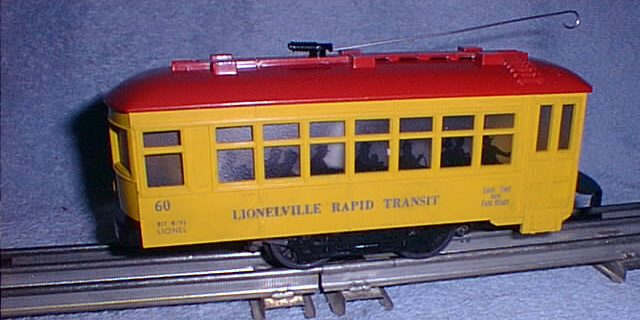 History
The 60 Lionelville Trolley was a newly designed item produced by Lionel in 1955. It is a nice model of a generic real-life trolley found in many cities of the United States in the 1940s and 1950s.

The 60 Trolley is a small and inexpensive self-motorized unit creating plenty of action on a layout. With its ability to operate independently and on a small section of track (similar to the 50 Gang Car introduced the prior year), Lionel continued to release new and innovative items during the mid-1950's. The Trolley is a reliable and durable item requiring only periodic maintenance.

Features
Standard features of the 60 Trolley include: yellow body with a red roof, rotating trolley pole, interior illumination, window silhouttes and directional change via movable bumpers at each end.

During the trolley's production era, several changes occurred. Each of these changes are catagorized as either early or late production. Early production is assumed to be 1955 while late production is defined as 1956 and thereafter. Be aware, there are trolley examples where the following features overlap.

Red Lettering - Truely rare, this is assumed to be a pre-production version as only a few are known to exist. 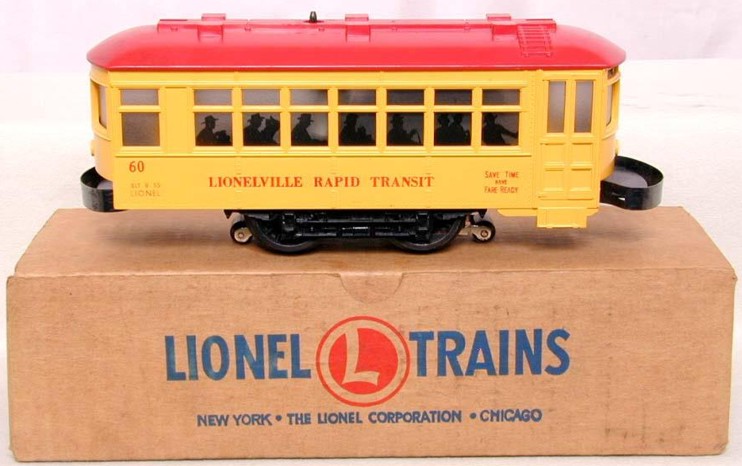 Black Lettering - Hard to locate, production appears to be limited to only a portion of 1955. 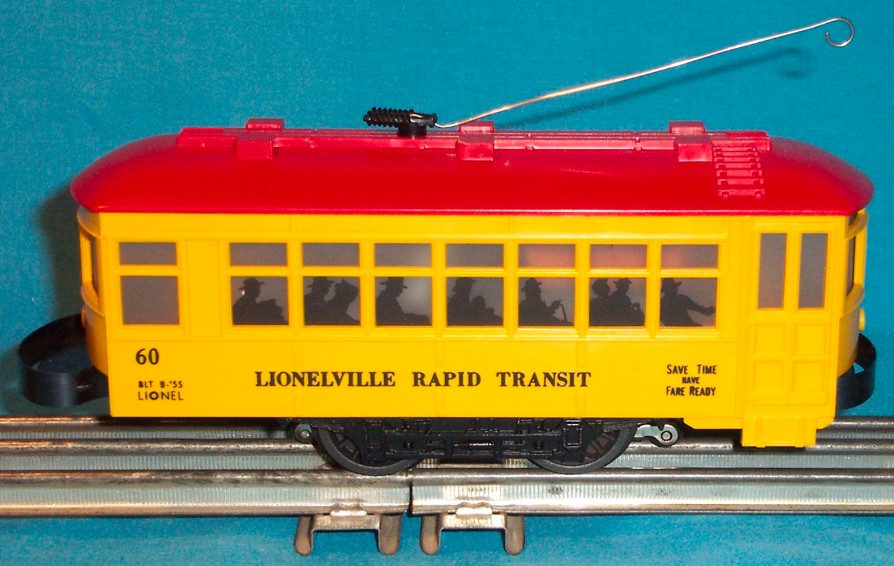 Blue Lettering - Shown in the photo at the top of this page - The common version.