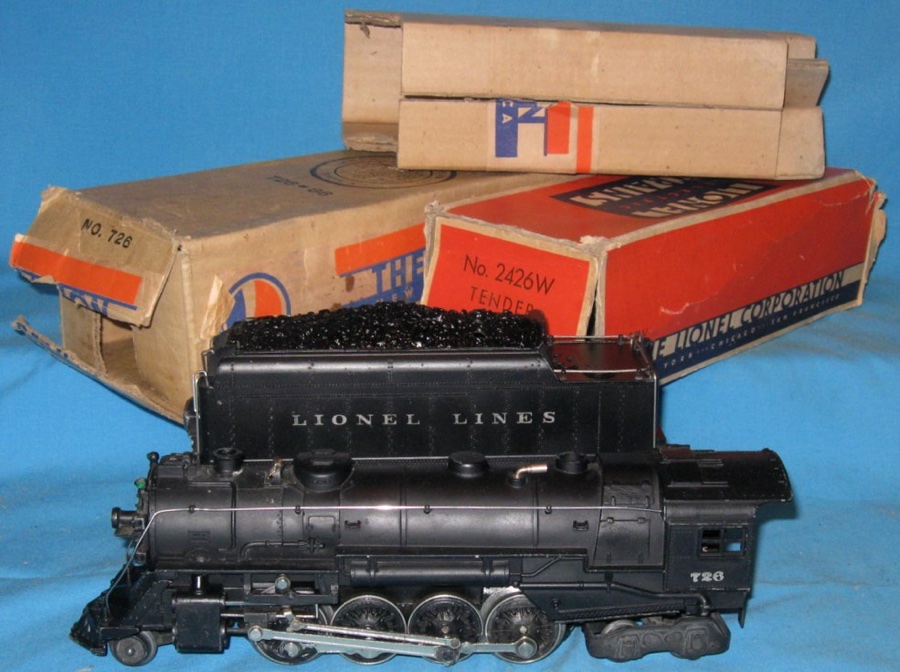 History
The Berkshire -- modeled after a real-life Boston & Albany locomotive -- was a premium locomotive in the Lionel family. Introduced in 1946 as the 726 with a number change to 736 in 1950, the Berkshire remained in their product line for over 20 years! Along with the legendary 773 Hudson and the colorful 746 Norfolk & Western J, many consider the 726 Berkshire and its scale-like 2426W tender among the nicest steam locomotive and tender combinations offered in the postwar era.

The 736 Berkshire was essentially a 726 but with Magnetraction. The Korean War caused various material shortages in many industries. For Lionel, they were unable to obtain an adequate supply of aluminum and nickel required for Magnetraction. As a result, they were forced to re-introduce the Berkshire without Magnetraction and catalogued it as 726RR. Note that some 726RR Berkshires simply had 726 on the cab. However, those units had more in common with the 736 than the earlier 726.

The 726 underwent several changes during its production run. The following summarizes the more notable changes with the estimated year of change:

From 1946 through 1949, all 726 Berkshires were sold with the premium semi-scale, die-cast 2426W Lionel Lines whistling tender. When re-introduced in 1952, all 726s were sold with the 2046W Lionel Lines whistling tender. The 2426W tender is far more desirable than the smaller and less detailed 2046W. Features on the 2426W include: 12 wheels, scale-like size and plenty of impressive detail.