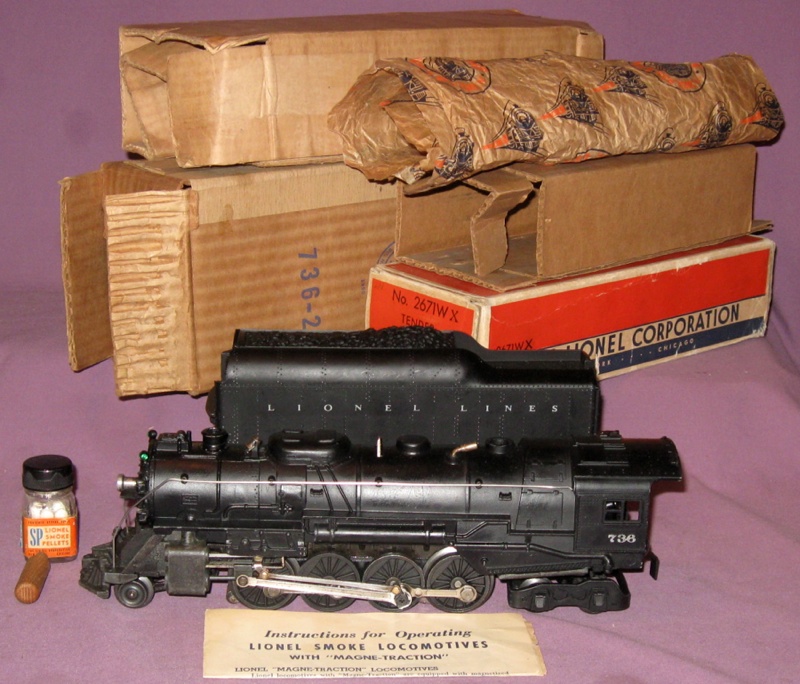 History
The Berkshire -- modeled after a real-life Boston & Albany locomotive -- was a premium locomotive in the Lionel family. Introduced in 1950, this Berkshire remained in their product line for 18 years. Along with the legendary 773 Hudson and the colorful 746 Norfolk & Western J, many consider the 736 Berkshire among the nicest steam locomotives offered in the postwar era.

For 1950, Lionel upgraded all of its premier locomotives to include Magnetraction. The 736 is largely an upgraded version of the 726 with the addition of Magnetraction. As Lionel's top-of-the-line steam locomotive, the 736 frequently appeared as the lead locomotive in many sets. During its production, the 736 was available in almost 20 different catalogued sets. To this day, a complete and boxed 736 set is considered a prized possession!

The 736 underwent several changes during its lengthy production run. The following summarizes the more notable changes with the estimated year of change:

The 736 Berkshire was produced with three different tenders:

Additional Detail, Photos & Box Information
Due to material shortages in 1952 from the Korean War, the 736 was not manufactured for that single year.