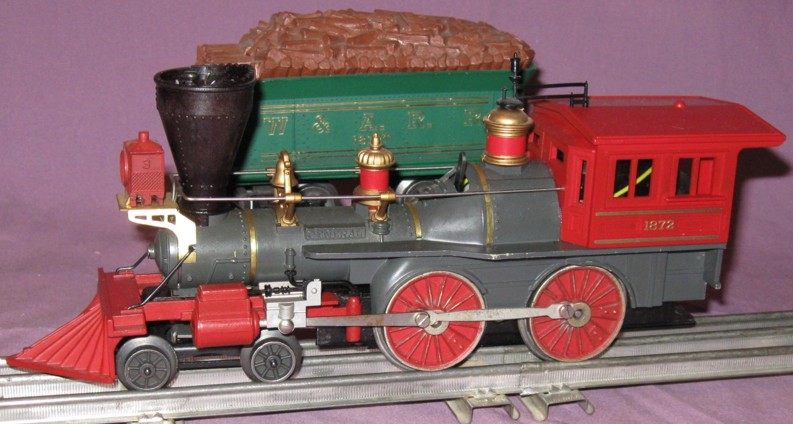 History
The 1872 steam engine was classified by Lionel as a General or Civil War style steam engine. The 1872 is an excellent model of a real-life American locomotive of the mid to late 1800s. Lionel classified the 1872 as an O gauge item and is similar to its 027 gauge counterpart, the 1862 -- except the 1862 has fewer features.

There are a couple of variations regarding this steamer, which include:

Additional Detail, Photos & Box Information
The length of a 1872 steam engine and tender is approximately 16" long (cowcatcher to rear coupler).

Only Known Variation - Shown in the photo above. - The steamer in the above photo has a black smokestack and red lantern. Other variation exist involving the smokestack and lantern color.